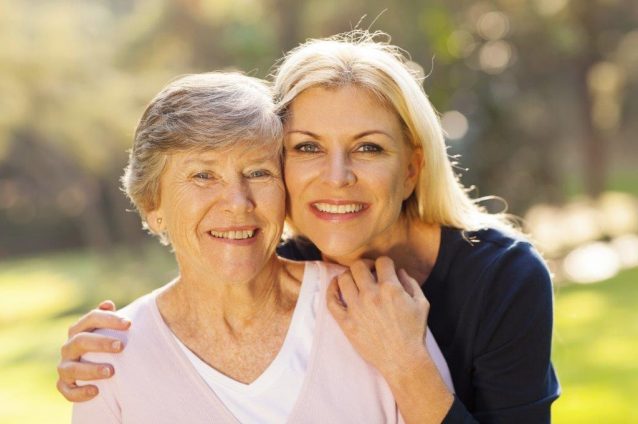 Friends for 68 Years – Reunite!
Bill Harper and Pete Lunardini have been friends for 68 years! They first met in the Army in the 71st Division and were in the motor section. Pete readily joined the Army because he was born in Italy and was not a USA citizen. The US government said if he served in the armed forces, he would become an American Citizen, instead of becoming a prisoner of war, since we were at war with Italy.

Together, they were given a job and they landed in France in 1944. While in France, Bill had a few special moments that he remembers and can chuckle about. First, while in a foxhole in the middle of a battle, Pete received an official looking notice from the US Government. His commander said it was important and he should open it right away! It was a draft notice telling Pete if he did not report to boot camp, they would come and get him. They looked at each other and laughed and said, “please come and get them.’

Bill remembers the day the war was over and he was sleeping in an abandoned house. When he woke, he was surrounded by German soldiers. He thought they had been captured in the middle of the night. What a relief it was when Bill found out the war had ended and they were to disarm the thousands of soldiers who had appeared overnight.

Bill Harper currently resides at Creekside Oaks Retirement Community in Folsom California and Pete Lunardini resides at Quail Lodge Retirement Community in Antioch, California. Both of these communities are managed by Sunshine Retirement Living. Recently, the Activity Director at Quail Lodge decided to schedule an outing to their sister property located about 80 miles away! On this outing Bill and Pete had the opportunity to reunite! The two had lunch at Creekside Oaks and reflected on a friendship of two regular guys that has endured over 68 years!