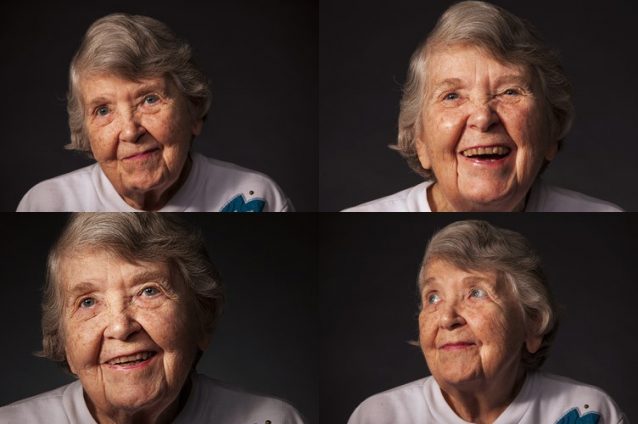 Lives at The Clairmont in Austin, TX

Q: Tell us about serving in the WAVES.

A: I joined… the WAVES in 1946 — and learned to be a draftsman there, then went to Cornell College in my hometown of Mt. Vernon, Iowa, on the GI bill. After a couple of years, I switched to a psychology major and my mentor urged me to get my master in social work, which I did, and eventually went into psychiatric social work. I worked at the Austin Child Guidance Center; I was hired as soon as I finished my master’s program. My job there was helping psychiatrists learn to work with families.

Q: What drew you to social work, and specifically families?

A: I liked that I could learn how to work with disturbed children, without pushing them. I worked with them a lot and used play therapy, which can be very effective. Later, I was in the Children’s Unit of the State Hospital — Austin State Hospital. I was always interested in psychology and had been an art major — that’s where I was learning drafting — but, I saw no future in that, so I switched to Child Development and from there to psychology. It just more directly involved my interests. My mentor Ira Isto was very interested in my going into social work and he said I was a natural for social work because of my interest in people and my personality in general.

Q: What part of your personality is so well suited to social work?

A: I suppose just being friendly and interested in people. All my life I have been with people who wanted to help other people. My older brother was a Methodist minister and many of my ancestors had been doctors and ministers…I guess it just ran in my family.

Q: At the time, was it unusual for a women to be working in a — at the time — man’s field?

A: At the time, it was unusual, but having worked in a man’s field of drafting, I was used to that. In my family education was highly prized and expected, even for women, although not that many of them had careers.

Q: What was it like being in the WAVES?

A: It was very satisfying and it really advanced my life.

Q: Where were you stationed?

A: I was on Treasure Island Naval Base in the middle of San Francisco Bay in California.

Q: And that’s where you met your husband?

A: Yes, my roommate insisted we meet him and his good friend at an ice cream stand; she arranged for a double blind date. Everyone else was already busy and there were so many more men than women, everyone was all tied up except me. So, she just insisted that I go.

Q: What did you think when you first saw him?

A: I was just glancing at him, I didn’t have a particular reaction to him, but he made up his mind that I was the one he was going to marry. I just didn’t give it that much thought, but he kept insisting that we go out every evening. He knew they were putting on plays in the afternoon in Golden Gate Park in San Francisco and he thought that it would be a good thing for us to do; that was impressive to me.

Finally after 10 days, he sat me down at a Howard Johnson’s and tried to convince me in four hours that I should marry him. He listed all the reasons and told me about his family and all sorts of things like that. Then he said, “You’ll never be rich, but you will have a lot of fun.” And that convinced me to say yes. At first he didn’t hear me and kept talking, then he finally heard me. So we got married on the base less than a week later. We both wore our uniforms. The chapel had wedding dresses if anyone wanted to borrow one, but I decided to just wear my uniform.

Q: And did his promise come true?

A: Oh, yes. We never made a lot of money, but we had a lot of fun. There were hard times and other times we did OK, just like any other family. I got pregnant on our honeymoon. Nine months and 11 days later, our son was born and then about three years later, we had a daughter. That’s all I was allowed.

Q: Where are your children now?

A: Sean is in the Air Force; for a number of months he was in Asia, but now last we heard he was somewhere in California. Our daughter lives in Austin, my husband and I designed her home before this one. We lived in a nice house, a 3-bedroom, 2-bath in Northwest Austin. And now my daughter, her husband and one granddaughter live in that house. I see them once in awhile and her husband is the one who takes me on errands and appointments.

Q: What has been your greatest joy in life?

Q: If there is one lesson you could give to your grandchildren, what would it be?

A: Be patient. Because I think that’s why so many good things that happened to me did happen.

Q: Was there a time when that patience was challenged?

A: In 1950, we had a financial crisis, but then I was able to go back to work in drafting for the university. That got us through and it also got me back to university and finish my degree in social work.

Q: Was it hard to be a working mother at that time?

A:  Very rarely. I guess because I had been strict with the kids when they were younger and they were really good kids. They would sometimes bicycle down to see me where I worked and I would go out to the gate and talk to them a little.

Q: Can you name an event in your life that either set your course or turned it around?

A: Probably when I decided to join the WAVES. I was working in NYC and I saw a poster about the WAVES and said something about releasing a man for active duty. That just made sense to me, and gave me something to really hold on to. It was the best thing I ever did. It was important to do something for my country.

Q: How did you end up in Austin?

A: When I was 3 years old, my father had a small candy stand in Felton, Texas, and he would go and work at the VA every so often. For a month or so, he decided we would look after his stand. Then he got a job as an electrician and we moved to Abilene for that. And he was part of a small electrical business. But soon after we arrived, the man who would ordinarily turn off the hot wire, forgot to do that, and my father was electrocuted and killed. So we all moved back to Mt. Vernon, Iowa and I grew up there. My father was an interesting man with a lot of personality and a good father to his children, very smart.

A: Not any more. I continued with my drafting work as a hobby, being an artist. I did watercolors; but there’s not room here to have all the supplies, so now I read. Mostly newspapers, but I always did read a lot of books. We used to go together to the public library in Austin, every week for many years. Here, I take my hometown newspapers, and also read the Austin paper.

Q: What do think about the world these days?

A: It’s a mess — too much war and death, too many tragedies.

Q: If you could change anything in the world what would it be?

A: That people could resolve their differences and make peace.

To read more stories like Lorrie’s, visit www.TheseEyesHaveSeen.com, or check back for our weekly resident interviews in the Sunshine Stories Blog.