From World War II Era to Baby Boomers: How Generational Tastes are Changing Our Food Program

From World War II Era to Baby Boomers: How Generational Tastes are Changing Our Food Program 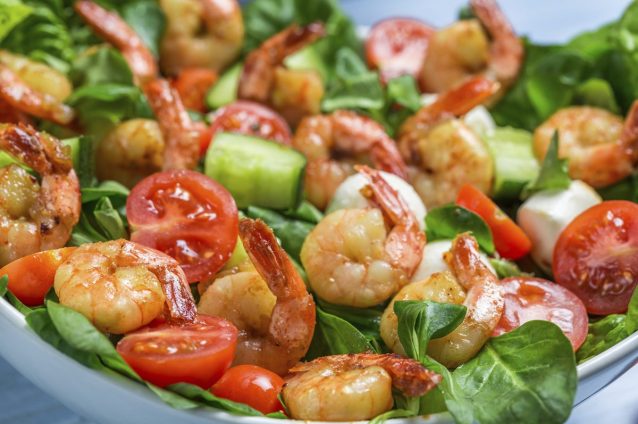 “When you are 20, you can eat an entire pizza. When you are older, you only want maybe a half a slice,” chuckles Sunrise Retirement’s Regional Chef Gustavo as he contemplates the differences in food preferences between different generations.

The plates at Sunshine’s Retirement Living’s dining facilities have for years donned dishes like succulent pot roasts and exquisite pastas. But, as the incoming populous shifts from World War II Era residents to Baby Boomers, our Regional Chef (and the creative mind behind our menus) is shifting his way of thinking, too. Gustavo is already considering how he can plan a menu to meet the needs of two generations with very different tastes.

“The food program is important for our seniors,” Gustavo notes. “It’s a big part of their life. It’s their chance to eat, socialize – everything.”

Because the food program is – and always will be – a pivotal part of seniors’ entertainment, socialization and health, it’s very important we get it right and shift our menus to appeal to changing tastes as the Baby Boomers mature. That conversation begins now with Gustavo, who is already thinking about how the food program will change in the future, and how he will we blend varying preferences into a single cohesive food program.

The answer, according to Gustavo, is to offer many options, keep the focus on health, and find dishes that please all age groups.

“Seniors will still require comfort food and classic dishes [like they do now],” says Gustavo. “But Boomers will want more ethnic food.” This, Gustavo says, is because of a shift in lifestyles between the two generations.

“A palette is educated just like anything else…Seniors, who grew up in the 20’s and 30’s, when they went on vacation, maybe it was to Minnesota [to see family]. Now when they go, they go to France, Europe, Mexico.”

As a result, the preference change in food in the next five to ten years will be dramatic: from a generation who grew up on simple, uncomplicated, one-pot meals to a group that has a taste for ethnic foods, sauces, salads and sushi.

“People who grew up in the Depression era would go to the store and buy whatever was available,” says Gustavo. “They put it in a pot, cooked it for hours and ate it for days. They still like that flavor…they want tender vegetables and softer meats. But the new generations like crunchy. They like more ethnic; they’ve educated their palettes with different spices.”

If you want proof that food is changing, Gustavo says all you need to do is look on any corner of any city where there’s a sushi bar, a Mexican restaurant and a Chinese restaurant where there used to be only a pancake house.

“Even the corner store has more options,” Gustavo notes. But the changes don’t end with tastes and flavors. “[Boomers] are more health conscious. They know more than ever what’s good for them. The are aware of salts, fats and use of healthy oils.”

Especially on the West Coast, Gustavo has noticed a major shift in the way Americans eat—from fast food to thoughtful meals with smaller portions and more vegetables. And, while the Boomer generation understands that good, healthy food is more expensive, the World War II-Era seniors were raised on tight budgets, taught not to throw anything away, and conditioned to eat everything on their plate.

This is common theme within our dining facilities. Seniors ask for less because they feel like they need to eat everything on their plate.

“Even a hot dog can be a big portion for them,” says Gustavo. “They want it cut in half so they don’t waste any of it.”

But if you think the dramatic difference in tastes between these two age groups means they have nothing in common, well, Gustavo wants to put that myth to rest: “Everyone loves Chicken Fried Steak…and Italian. Everyone likes Italian,” he chuckles.

At the end of the day, Gustavo says Sunshine Retirement Living’s food menus will reflect the health needs and desires of the residents in our communities.

“If a desire makes sense, we try to accommodate,” he says. “They can be tough, but it’s rewarding.”

So as palette preferences change from pot roast, to roasted vegetables, or an entire pizza to a half a slice, you can be sure Gustavo is busy hashing out a great menu for residents that’s sure to please the most diverse of palettes from generation to generation.