When you move into a Sunshine Retirement Living community, you can look forward to our All-Day Dining with delicious meals prepared with love by our master chef. Sample from our Fresh Salad Bar with specialty soups and locally sourced produce, some of which is grown in our own community gardens.

Should you choose to, join us morning, noon, or night for a lively social affair. With an expanded menu available three times daily, there’s more to sample and discuss with friendly neighbors. From fresh daily-made salads and soups, quality meats, heart-healthy grains and lentils, and a variety of always-available gluten-free, vegetarian, or low-sodium options, there’s a dish to please every palate. Our communities also feature a smaller private dining room that can be reserved for a special event or cozy meal with family and friends. Either way, we do all the cooking; you enjoy the good food and great company.

We’re constantly looking to expand our menu offerings and our master chef welcomes feedback and suggestions from everyone who dines with us. If you have a favorite recipe, feel free to share it. Our chef will happily prepare it for the entire community to enjoy. If everyone likes it, your recipe might just become a staple dish.

Join Us! We invite you to stop in for breakfast, lunch, or dinner any day of the week. You can call ahead, or just pop by. Our doors, and our dining room, are always open! 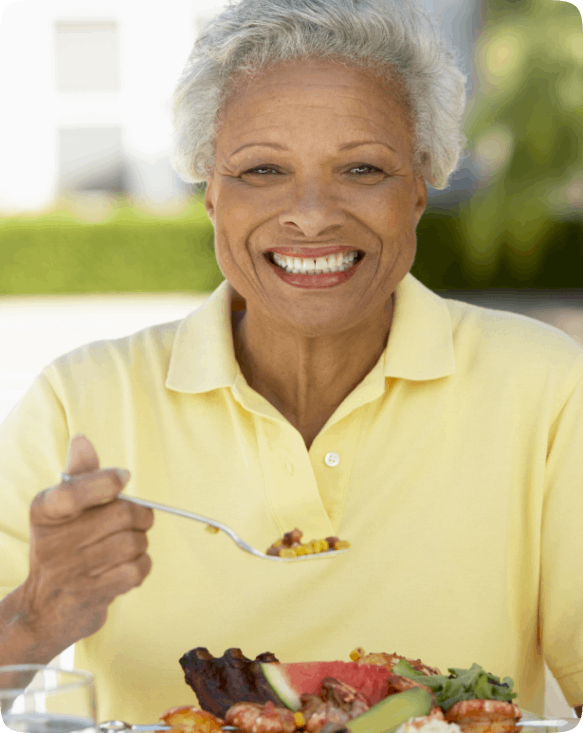 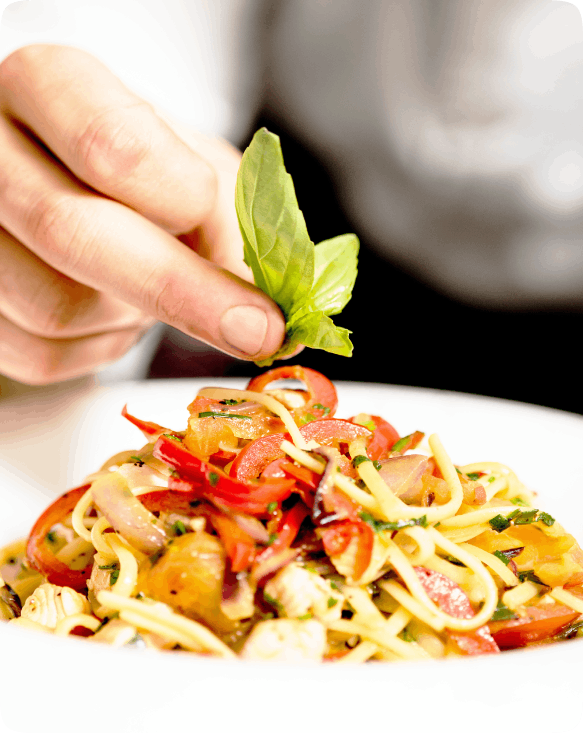 At our Sunshine Communities, we only serve only the healthiest chef-prepared meals every day. Here’s a sample of our daily menus.

Check out next week’s menu:

See something you like? Contact your local Sunshine Community today and be our guest for a visit and a complimentary meal. You’re going to wish you visited sooner!

Meals With Memory Care in Mind

We’ve all heard the old saying: You are what you eat. Turns out that statement not only applies to your heart, but to your memory and the health of your brain in general.

Researchers at Rush University Medical Center in Chicago have evidence that eating certain types of food and avoiding others may reduce the risk of developing Alzheimer’s disease by as much as 53 percent.

A plan they developed — appropriately called the MIND Diet — breaks down its recommendations into 10 brain healthy food groups a person should eat and five “unhealthy food groups” to avoid. They tested their theory on more than 900 people between the ages of 58 and 98, who each filled out food questionnaires and underwent repeated neurological testing. The results of their study, which was published in the journal Alzheimer’s & Dementia, revealed that participants whose diets most closely followed the MIND recommendations had a level of cognitive function the equivalent of a person 7.5 years younger.

At Sunshine Retirement Communities, our chefs constantly work to accommodate each residents’ various desires and dietary restrictions. At the same time, they are working to incorporate foods from the MIND diet that foster brain health. Our goal is that the MIND diet, in conjunction with our many Memory Care programs, will help hold off memory issues for as long as possible.

Here is quick rundown of the 10 MIND Diet foods you will be seeing more of in our recipes:

Now, here are the five food groups you will be seeing less frequently on our menus to reduce your risk of developing dementia:

The researchers say that even “modest adherence” to the MIND Diet can measurably reduce a person’s chances of developing Alzheimer’s disease, and the longer you stick with it, the greater the benefits. So we at Sunshine hope our adherence will leave a good taste in your mouth and have a positive influence on many, many minds. 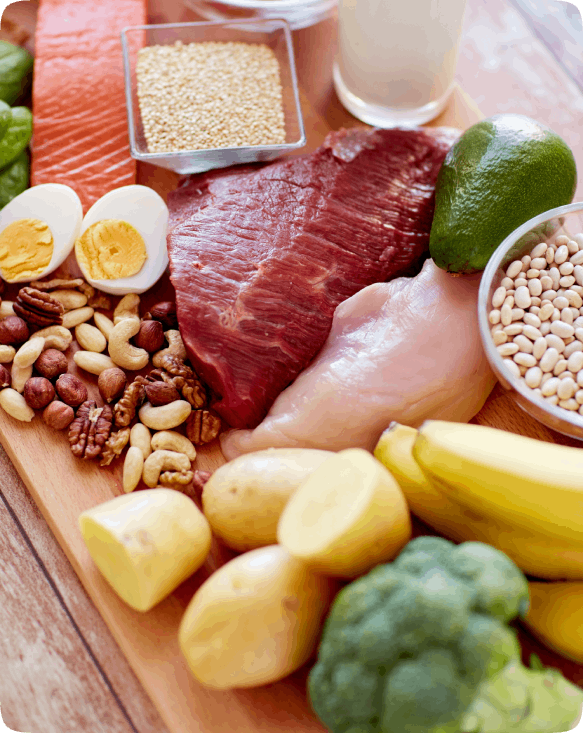