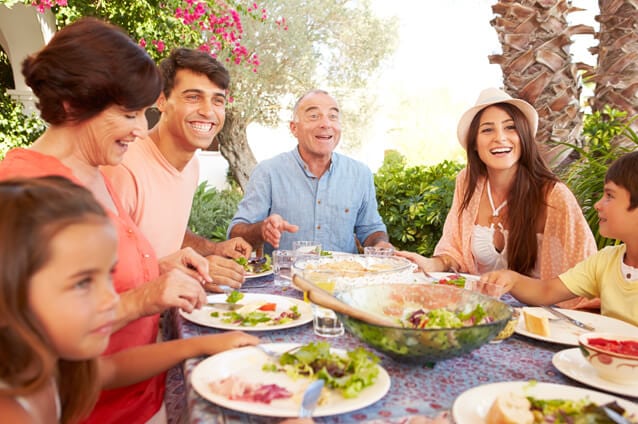 Last month, we told you all about National Senior Citizens Day – a date set aside to recognize the elder states-people of our country – and how we were celebrating at various Sunshine communities. Today, we’re approaching another significant date for many of our residents: National Grandparents Day.

National Grandparents Day was established as a holiday by President Jimmy Carter on August 3 40 years ago and is always celebrated on the Sunday after Labor Day. It is also celebrated on various days of the year in a number of other countries and some have both Grandmothers Day and Grandfathers Day. You might be surprised to learn that the United State was not the first country to acknowledge the importance of grandparents in nurturing, educating and supporting their descendants. Poland got the jump on everyone else by creating Grandma’s Day on January 21 in 1964 and Grandpa’s Day was added on January 22 the following year.

Here in the U.S., we can thank Marian Lucille Herndon McQuade and her husband Joseph of West Virginia for initiating Grandparents Day. After more than 60 years of marriage, they had 15 children, 43 grandchildren, 10 great-grandchildren and one great-great-grandchild. With families that size, Grandparents Day could’ve been an even bigger gold mine for Hallmark and FTD than Mother’s Day. But thankfully, the McQuades never intended for the holiday to be accompanied by cards and flowers. Their vision for Grandparents Day was simple:

With that in mind, here are a few suggestions for how you can join in the celebration, especially if the grandparents and grandchildren are close by:

As you can imagine, Sunshine communities have plenty of grandparents who enjoy the outpouring of attention and affection on Grandparents Day, both from their respective families and from the communities themselves.

Fresh-baked goodies are also on the docket Heritage Point in Mishawaka, Indiana, where Life Enrichment Director Lillian Spice is planning a Grandparents Day Tea this Sunday. She plans to reveal background information on Grandparents Day, including the official song (A Song for Grandma and Grandpa by Johnny Prill) and the official flower (the forget-me-not). Each resident will receive a greeting card, a handkerchief and a chocolate bar. Resident Norma Walter says she likes Grandparents Day because, “It gives me another chance to enjoy seeing my grandkids.”

At The Continental in Austin, Texas, Grandparents Day is always celebrated with a special meal and some good fiddle music. Life Enrichment Director Olga Rosalez awards prizes to the oldest grandparent, the youngest grandparent and the one with the most grandkids. Chances are, the latter award will go to resident Margaret Dyer who has 13 grandchildren and 18 great grandchildren. She says she delights in receiving all their E-Mails.

According to Olga, Beverly Olson adores hearing her grandchildren say, “I love you Grandma.” Jo Fredrick likes reading to her great grandsons and discussing the stories. Ruby Ogden loves receiving homemade cards from her grandchildren. Wendell Sharpton has fun swimming with his grandson who is a better swimmer than he is and acts as his personal lifeguard. Doug and Ann Huber enjoy being close to their grandchildren and participating in their activities. And Frances Tomlinson appreciates her granddaughter who just made her a great grandmother.

Obviously, Grandparents Day gives Sunshine residents a lot to love. Whether they have grandchildren or great grandchildren, it’s sure to be a grand and great day.

This blog was first published here: Sunshine Retirement Living, September, 2018. Some information provided by nationaltoday.com, Wikipedia.com and The Farmer’s Almanac.