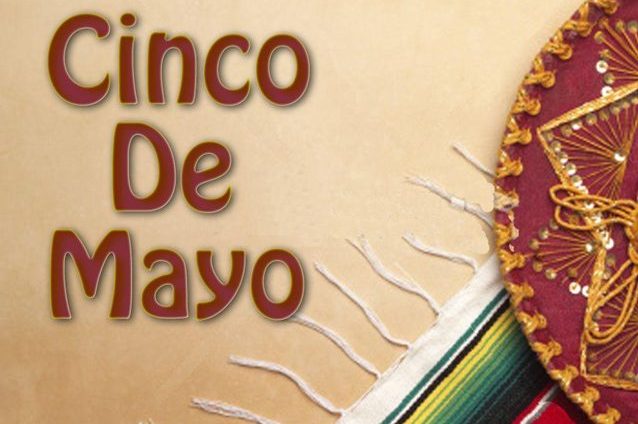 For most Americans, Cinco de Mayo is a great excuse to crunch a few tacos, dip some chips in fresh guacamole, and quench their thirst with an ice-cold margarita. While it’s a great day to celebrate Mexican-American culture, don’t be fooled into thinking that it is Mexico’s equivalent of the 4th of July, just because it sounds similar.

Cinco de Mayo commemorates the Mexican army’s astonishing victory over a much larger French contingent at the Battle of Puebla in 1862. In Mexico, the observance continues to be mostly ceremonial and more or less confined to the city of Puebla itself, where military parades and fireworks are the order of the day. But Mexico’s Independence Day and most important national holiday is actually on September 16, the day the country declared its freedom from the powerful mother country of Spain in 1810.

In any case, whether it’s simply because “Cinco de Mayo” rolls off the tongue much better than “Diez y Seis de Septiembre” or whatever, here in the United States, it’s a good excuse for a fiesta and a celebration of Mexico’s cultural influence and solidarity with the U.S.

As Santos Barrientos, Executive Director at The Gardens at Brook Ridge in Pharr, Texas puts it:

“I enjoy it [Cinco do Mayo] because of its festivities amongst all Hispanics and Mexicans. It has become a nationwide celebration and gives us another reason to celebrate with our residents, as well as our parents and grandparents at home. With us being so close to the Mexican border, it makes it even more special.”

Nearby Brook Ridge will be going all out too. Executive Director Elsa Rios promises to have mariachi bands and a buffet with a mixture of Mexican dishes, including Tamales, Tacos, Gorditas, Quesadillas, Enchiladas, different salsas and, of course, Margaritas.

“A big part of our celebration are decorations with the traditional colors of red, green and white,” says Elsa. “Today, green represents hope, white symbolizes purity and red stands for the blood of the heroes who fought for independence.”

Life Enhancement Director Muzit Sebhatlab makes sure residents get to have things their way as well.

“I chose this option menu because our residents love to build their own tacos,” said Muzit. “For entertainment we will have flamenco and folklorico dancers. These dances are very colorful, exciting and cultural.”

Most Sunshine Retirement communities will be celebrating Cinco de Mayo today or tomorrow with a healthy menu of Mexican delights and other festivities. So put on your sombrero and come join the fiesta.

*This blog was first published here: Sunshine Retirement Living, May, 2018.