Facts about the Golden State from Retirement Communities in California

A State Full of History, Entertainment and Exploration 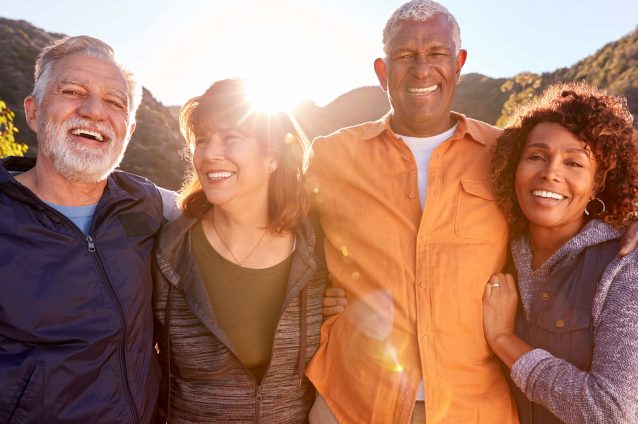 For many people, retirement in California sounds like a dream. And we can’t say we blame them! Known for its wine country, extensive coast, celebrities, technological advancements, and so much more, California is a place full of interesting people, places, and history. It’s nearly impossible to get bored in this fun-filled state. With a warm, sunny climate, seniors can comfortably enjoy exploring all that California offers and take in the beautiful scenery. So whether you favor relaxation in the countryside or partying in big cities, California has everything you could ever need to enjoy your golden years. Keep reading to learn some fun facts about the Golden State from Sunshine’s California retirement communities.

They don’t call California the Golden State for nothing. California initially earned the name the Golden State in 1968 because of the Gold Rush, gold’s discovery in the state around 1848. However, the term is indicative of the state for more than just the gold rush. Other things that support the nickname include the state’s abundance of golden poppies, its golden sunsets, the Golden Gate Bridge, and its golden trout.

If you’re someone who loves avocado toast or guacamole, then California might just be the place for you! California is home to 90% of America’s avocado crop, and San Diego County, which produces 60% of all California avocados, is often considered the avocado capital of the nation. California even made avocado the state’s official fruit. Plus, there’s an avocado festival in the town of Fallbrook in San Diego that features a guacamole contest, live music, a race, and more.

California is home to nine, yes nine, beautiful national parks! This is more than any other state, and each one has its own unique and exciting appeal. The parks include Yosemite National Park, Joshua Tree National Park, Redwood National Park, Death Valley Park, and others. With the wide variety of terrain, vegetation, and climate throughout these parks, you can enjoy activities such as hiking, fishing, skiing, horseback riding, swimming, and so much more–you’ll never run out of places to explore!

California is known for its impressive innovations and serves as a hub for creative minds. So many things have been invented in California, such as blue jeans, the jukebox, skateboards, Apple products, Barbie dolls, slot machines, and even the internet! In San Francisco, Silicon Valley is the global center of technological innovation and is home to Apple, Uber, Google, Facebook, and other tech giants.

Many of us think of Hollywood and celebrities when we think of California. This is because most movies in the United States were filmed in California, followed by New York and Texas. With so many movies filmed in the state, there are many iconic film spots to explore–you may even see celebrities if you take a drive around Hollywood or Los Angeles!

California has something to offer for everyone. Its comfortable climate, beautiful scenery, endless entertainment, and so much more make it the perfect state for retirement. Sunshine Retirement Living offers independent, assisted living, transitional assisted living, and memory care facilities spanning from the northern to southern parts of the state. These communities and their staff help residents make the most of their retirement in sunny California!