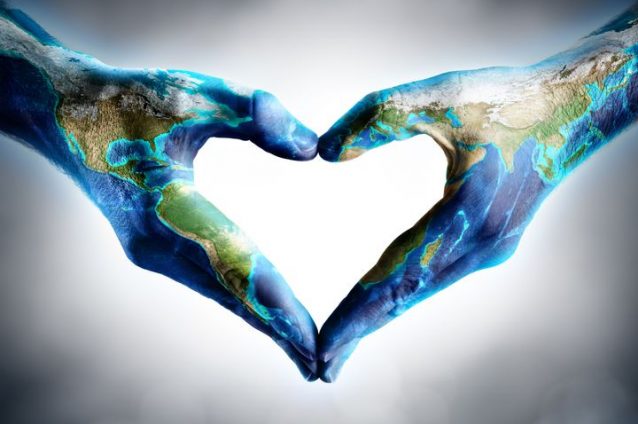 The year 2019 marks the 50th anniversary of some pretty earth-shaking events – the landing of Apollo 11 and the first man on the moon; Woodstock, four days of peace and music that changed a generation; and something that received almost no hoopla at the time, but has grown into an incredible global phenomenon: the planting of the seeds of Earth Day.

Officially, the 50th anniversary of Earth Day will be celebrated around the globe on April 22, 2020. But the event and the movement might never have gotten off the ground without a proposal by peace activity John McConnell at a UNESCO Conference held in San Francisco in 1969. He suggested a day to honor the Earth on the first day of spring in the northern hemisphere – March 21, 1970. The day was sanctioned in a proclamation written by McConnell and signed by Secretary General U Thant at the United Nations

A month later, on April 22, 1970, a separate Earth Day was founded by the United States Senator Gaylord Nelson as an environmental teach-in. And a movement to help save the planet was born. Earth Day went international in 1970 and these days, it kicks off an entire week of environmental awareness and activism involving more than 200 million people in 141 countries.

For the past five years, Sunshine Retirement communities here in the United States have devoted the entire month of April to support the concept of Earth Day. All communities are celebrating our 5th Annual Go Green Give Back program, where every resident is given incentives and useful tips to help them practice sustainable, earth-friendly habits. Each resident has received a flyer listing numerous ways to reduce, reuse, recycle and give back.

Residents have also received a “Pledge to Go Green” card, which includes green footprints, that represent those four categories (Reduce, Reuse, Recycle and Give Back). When residents do something beneficial in one of the four categories – like carpooling, shopping with reusable bags, and properly disposing of used batteries and light bulbs – they get their card punched. When all four footprints are punched, they will be recognized and awarded a green prize.

Going Green All Year Round

But perhaps the most important thing result of Go Green Give Back is that it gives all of our Life Enrichment Directors (LEDs) and residents a kick start to make them think of different ways to do more to preserve the planet starting with their own community environment. In fact, many have already been inspired to initiate additional efforts to reduce waste and help their corner of the earth on an ongoing basis.

Case in point, starting this month, Quail Lodge in Antioch, California is focusing on reducing their use of Styrofoam cups, meal containers and other non-reusable items that end up in the landfill.

“To implement this switch, we have set out plastic reusable cups by our water station and we’ll offer ceramic mugs for our coffee functions (Coffee Klatch, Trivia & Donuts, etc.) with collection containers for the used cups,” said Sara Hallam, Life Enrichment Director(LED) at Quail Lodge. “Our meal deliveries will be on covered ceramic dining room plates.”

“Last year we switched our dining room from paper napkins and placemats to reusable cloth napkins and placemats,” added Sara. “Earlier in the year, the kitchen put in place a composting system for all food waste. This process is going well and has cut down on our outgoing waste.
It takes a team effort of both staff and residents, but we know that in this day and age, it’s important to preserve our environment as much as possible.”

At Garden Way in Eugene, Oregon, LED Brenda Olivarez is leading the charge to eliminate disposable containers and more.

“Many of our to-go containers are compostable, plus if residents bring clean Tupperware, we will use that for their to-go meal or their leftovers,” she says. “We also collect dead batteries from the residents and take them to a battery store where they can be disposed of properly. Plus, we have a tomato and herb garden that the kitchen staff maintains and uses in the meals and the salad bar.”

Brenda maintains that it’s important for residents to participate in Go Green/Give Back and beyond.

“Many of the residents here are already into recycling and doing their part to keep the earth green,” she says. “They want to help so that their grandchildren or great-grandchildren have a healthy earth to live in.”

“Seniors have the experience from living many years and learning what has really happened. Our generation has learned from the mistakes of the past and can guide future generations.”

Deep in the heart of Texas, Dorothy McCreary, a resident at The Continental in Austin shares a similar perspective.

“Any time we live in a community, we want to keep it healthy, comfortable and safe,” she states. “Each of us has a responsibility and should want to give back.”

LED Olga Rosalez makes sure that The Continental is doing their part to pitch in. For example:

“Our kitchen has greatly increased the collection of food scraps for compost. We give it to an organic company that repurposes it for local farmers,” she says.

Everret Williams, Executive Director at The Continental, loves seeing less waste and the reuse of items. The trash from the kitchen accounts for the largest portion of their community’s waste, so having the residents on board with this initiative makes for a greater impact.

“I thoroughly appreciate Olga’s year-round commitment to Go Green and how it has inspired many of the residents,” claims Everett.“Each year the long-time residents become more knowledgeable on the subject and in turn encourage our new residents to take part as well.”

Last year, Everett saw first-hand how one of his residents, Joan Pierce, took this initiative to the next level. She noticed how glasses and carafes of water were always left half full on the dining tables after lunch. Joan then asked Everett if she could collect the leftover water and use it to water the plants on the patio.

“’ I thought, ‘Wow, what a great idea!’” said Everet. “I immediately gave Joan my blessing and Olga fixed her up with a watering can and an old trash bin for collecting the wastewater. The results were especially noticeable in the hot summer months as our patio plants stayed nice and green, all from water that would have been poured down the drain.”

According to the calendar, Earth Day (or Earth Week) may only come once a year. But at Sunshine Retirement communities, our commitment to “Go Green” gives back to Mother Earth every day. And we think both founders of Earth Day would be over the moon about that.

In addition to a hearty and healthy Earth Day, we wish everyone a Happy Easter.

This blog was first published here: Sunshine Retirement Living, April, 2019. Some information was provided by Wikipedia.com.