For Many Sunshine Residents, A Museum Is Where You See ‘Em

For Many Sunshine Residents, A Museum Is Where You See ‘Em 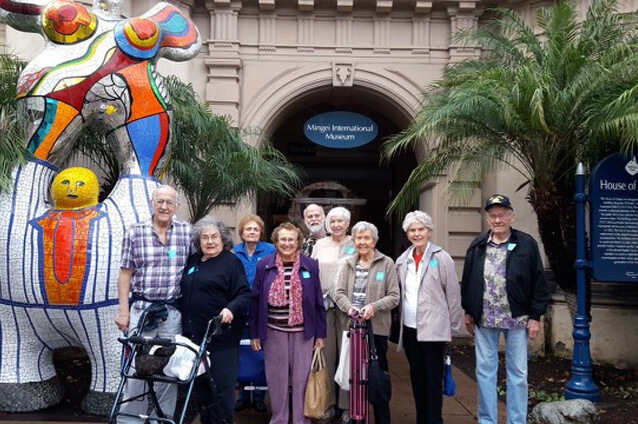 One thing that has been proven time and time again at Sunshine Retirement communities is that most seniors never lose their hunger for knowledge, culture and entertainment. And quite frequently, they’ll go to great lengths to satisfy it. Well, at least quite a few miles.

That’s been the case at several communities where Sunshine Life Enhancement Directors (LEDs) have arranged numerous outings to nearby museums.

“Museum outings are very educational and a great way for our residents to connect with things that they enjoy, whether it be art, music or history,” says Muzit Sebhatlab, LED at Waterford Terrace in La Mesa, California. “Living in the San Diego area, we are fortunate to have Balboa Park, which has over 15 different museums, and there are many others throughout the county. I get plenty of ideas and suggestions from our residents, their families and even staff.” 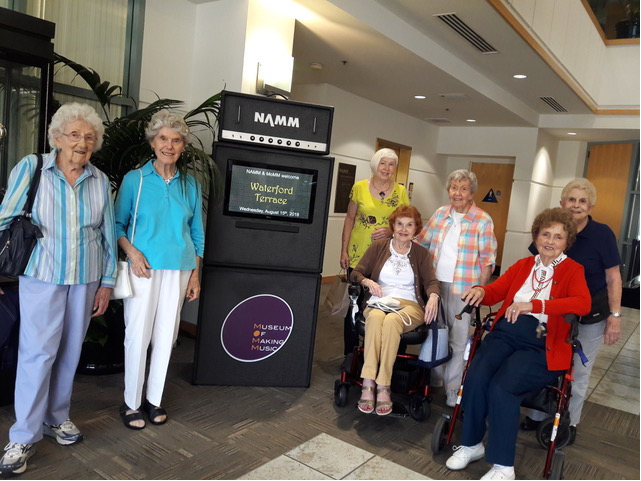 Muzit arranges for most museum visits to be guided by a docent, because it makes it easier for the residents to get the full understanding of what they are seeing. But inevitably, there are always a few residents who like to venture out on their own.

“One of our favorite trips was visiting the Museum of Music,” he said. “They truly enjoyed it because they got to experience the history and evolution of American music, and see instruments from the early 1900s until today. It brought them many memories of the good old days.”

Another favorite outing was to the USS Midway, a maritime museum on board an aircraft carrier at San Diego’s Navy Pier. The ship houses an extensive collection of aircraft, many of which were built in Southern California.

“It was a beauty,” said Waterford Terrace resident Vinny Freda. “The history and size of the ship was just fascinating!” 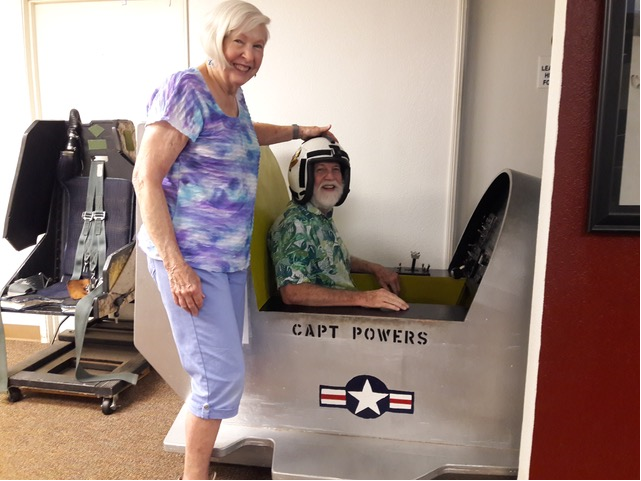 Next month’s outing will include a backstage tour of the world-famous Old Globe Theatre. And since Halloween is approaching, they will be visiting The Whaley House Museum, a historical haunted house in Old Town.

Farther north, residents at Creekside Oaks in Folsom, California have a similar array of museum opportunities in the Sacramento area, some related to the local gold mining history, as well as to arts and culture.

“September is the perfect month for museum trips here because the temperature usually hovers around a very comfortable 84 degrees,” says LED Curtis Ligon.

This Sunday, Curtis will be taking residents to one of their favorite destinations, the Crocker Art Museum in Sacramento. He agrees that docent-led tours are the way to go.

“We love to spoil the residents and I think guided tours are so much better. They learn more history about the art from the tour guide.” 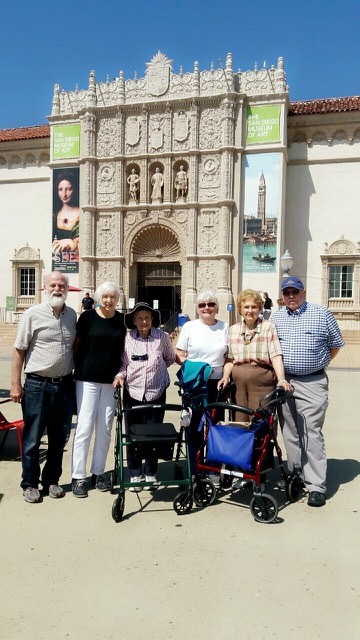 The cooler days of early fall are also the ideal time for residents of Heritage Point in Mishawaka, Indiana to explore their local museums. LED Lillian Spice is planning a trip to the Hannah Lindahl’s Children’s Museum on October 11. No, the residents won’t be doing experiments with Kool-Aid or Pepsi. The museum actually has interesting historic and regional content for all ages, but is called “Children’s” Museum because it’s located in an elementary school.

A docent will guide Heritage Point residents through a vast display of inventions that have made life easier for several generations over the course of time. Former resident Arnold Anderson was a history teacher who loved visiting the museum and seeing the antique standing radio.

“My family used to gather around the radio every Sunday to listen to music,” exclaimed Arnold.

While nostalgia is definitely a popular reason for many residents to participate in museum outings, Merry Petroski, LED at Windsor Heights in Beachwood, Ohio, has found that any museum with a strong visual component appeals to their residents. They also tend to like natural history and botanical gardens. 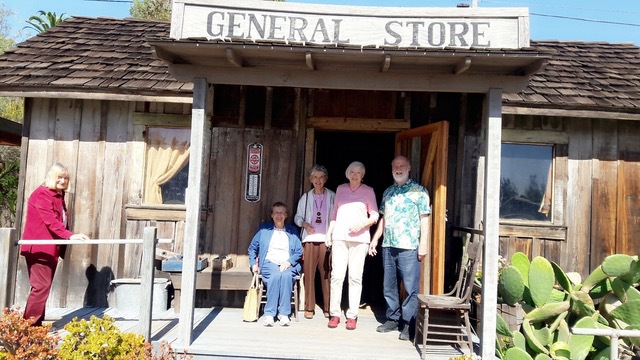 “Most staff have been very helpful, although some are unaware of our challenges,” she says. “We have to be very clear about our needs and expectations. In the past, we’ve had good success with Rockefeller Garden Greenhouse, the Shaker Nature Center, Western Reserve Historical Society, the Trinity Cathedral Concert Series and Lake Farm Park.”

In the near future, they hope to check out Wade Memorial Chapel, Soldiers & Sailors Monument and Garfield Monument. Not only have the residents enjoyed the outings, their family members have appreciated them too.

“Thank you for bringing my Mom [to the museums],” said Bev Miller, daughter of Windsor Heights resident Shirley Hummel. “It’s too tough for me to transport her on my own.”

But without a doubt, the community that has museum visiting down to a science is Dunwoody Pines in Dunwoody, Georgia. In just a little over three years, LED Ashley Hurd has guided residents on more than 75 museum trips. With several intriguing options nearby in the Atlanta area, they visit a museum pretty much every Thursday, taking advantage of senior discounts or free admission about 90% of the time. 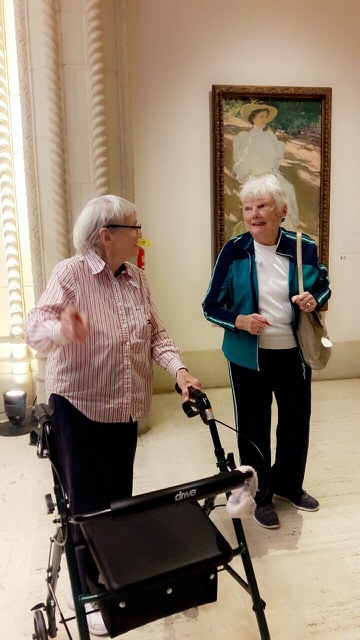 “Museums are very appealing to the residents,” says Ashley. “We learn so much about the state we live in, as well as topics we’ve never even thought of.”

So far, some of the most popular outings have been:

On the docket for future trips are:

“I love going on these trips because even though I’ve lived in Atlanta for over 30 years, I still learn so much,” said Dunwoody resident Bob Clement. “I had no idea Georgia produced natural pink marble that is in our State Capital Building.”

That’s what we like to hear, Bob. Stay hungry for knowledge. And we’ll keep on feeding you.