For Sunshine Resident Jerry Galles, An Exercise Regimen Is Anything But Routine

For Sunshine Resident Jerry Galles, An Exercise Regimen Is Anything But Routine 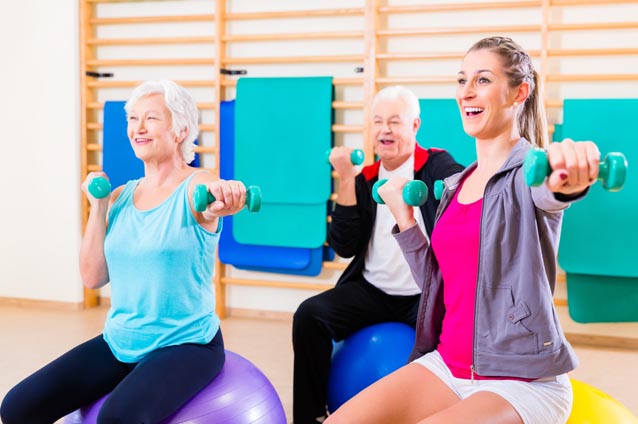 Sunshine communities have quite a number of interesting characters. But you’d be hard pressed to find one more colorful than Jerry Galles, who moved into Brook Ridge in Pharr, Texas with his wife Adeline about a year ago.

For starters, as a native of Milwaukee, Wisconsin, Jerry is a dyed-in-the-wool Green Bay Packers fan, which makes for some entertaining Sunday-afternoon conversations deep in the heart of Dallas Cowboy and Houston Texan Territory. But that’s a non-starter compared to his passion for exercise and fitness. You see, for Jerry at age 85, exercising is not just a way to pass the time. It’s a way to bring life back to his paralyzed body and stay healthy as long as possible for his beloved Addie.

Health became a serious issue for Jerry back in May of 2016 when he suddenly felt a sharp pain in his neck and blacked out. He spent five days in the Emergency Room at the hospital. However, doctors were unable to diagnose a problem and sent him home. Less than two months later, he fell while taking the garbage out and broke four vertebrae in his neck, which left him paralyzed from the neck down. Eventually, some movement returned, but despite surgery and four months of rehab in the hospital, as well as another seven months of physical therapy, Jerry could neither stand up nor walk. 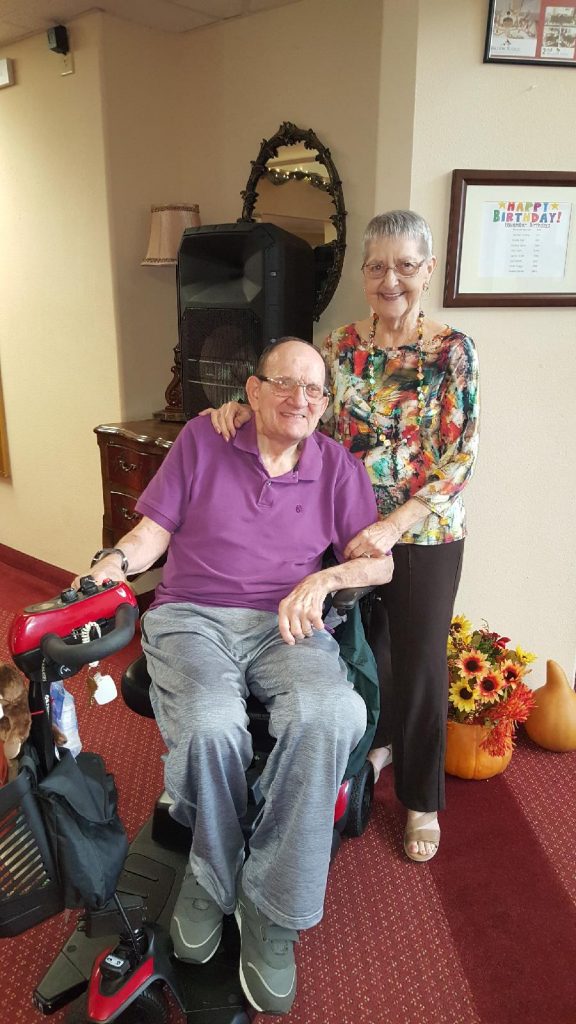 “I was basically a vegetable,” he says. “And I didn’t feel that a therapist could help me anymore.”

About that time, Jerry and Addie moved into Brook Ridge, where he took it upon himself to do whatever exercises he could. He started lifting weights and doing workouts in his bedroom. The community fitness room became his favorite hangout, and he’d spend 40 - 70 minutes a day on what Jerry calls “the Ironhorse,” Brook Ridge’s recumbent cross trainer.

(As mentioned previously on this site, all Sunshine communities have been hosting Wellness Challenges like the one at Brook Ridge for the past six years. And stay tuned to this page for news about an additional 21-Day Challenge coming up nationwide in January 2019.)

Jerry’s favorite activity has been the daily Happy Bones class, which provides 30 minutes of specific exercises for all of the major bones in the body – fingers, hands, knees, ankles, feet, toes, etc.

“He liked it so much, he started repeating the exercises in the evening,” says Elsa. “So you can probably guess who was crowned champion of the Wellness Challenge.”

“At first, I couldn’t even hold a ½-lb. weight in my hand. Now I can hold up to 5 lbs.” says Jerry proudly. “I exercise between four and six hours a day. People don’t believe I can do that much. To them I say, ‘why don’t you come do it with me?’ So far nobody has.”

In addition to his stronger hands and arms, Jerry has miraculously regained feeling in his toes and feet, and is able to make it back and forth to his room using a walker with a wheelchair behind him. Brook Ridge Life Enhancement Director Leslie Trevino is inspired by his determination.

“He’s amazing!” she exclaims. “I’m in awe of him for being able to do so many things that he wasn’t supposed to be able to do. He motivates other residents by trying to get their goat. But we know the real reason why he pushes himself so hard.”

“I do it for myself and for my wife, because she’s so wonderful,” says Jerry. “We’ve been together 62 years and I don’t want to be a burden for her.”

While Jerry often buys her flowers, he also owes a lot of his inspiration to his son Scott in California. He shared a note from Scott that reads:

“Keep believing in yourself and remember that I believe in you too. Every goal that ever was attained began with a single step…Stay focused on your goal and each small step will bring you a little closer to it.”

With the steps that Jerry is taking every day, we’re convinced he’ll reach any goal he wants.