Like A Relentless Zombie, Sunshine Halloween Celebrations Are Back For More Thrills And Chills

Like A Relentless Zombie, Sunshine Halloween Celebrations Are Back For More Thrills And Chills 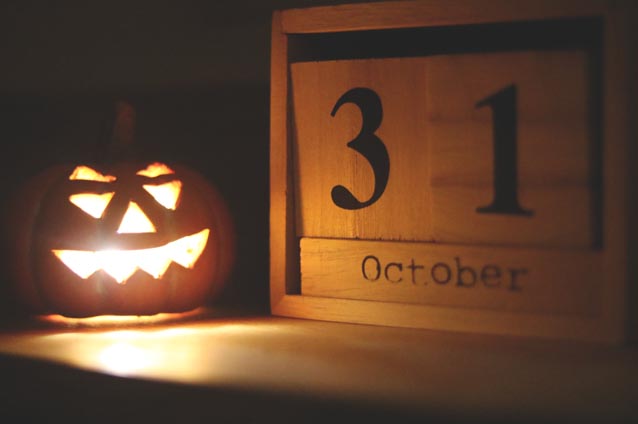 We may not have any skeletons in our closet. Or bats in our belfry. Come to think of it, we may not even have a belfry. But what Sunshine Retirement Communities do have this October are more tricks and treats than you can shake a broomstick at.

While Halloween may seem like a macabre celebration conjured up for children, costume makers and candy companies, around most of our communities, it’s the time of year that brings out the kid in our residents more than any other.

Here’s a quick tour of some of the Halloween Happenings from one “spooctacular” setting to another:

Brandi Limbaugh, the new Life Enrichment Director (LED) at Creekside Pines in Dallas, Georgia, is experiencing her first Halloween there after taking over for one of Sunshine’s most imaginative LEDs. She kicked things off with a highly competitive pumpkin-carving contest with prizes for the winners. Then, with dozens of freshly made jack-o-lanterns decorating the lobby and fountain area, the residents dressed up to the theme of “The Witches of Creekside” on October 25 and kicked up their heels with live music.

“They tell me it’s the biggest party of the year,” says Brandi.

To top it off, on October 27, Creekside Pines will be welcoming local day care facilities and pre-schools for Safe Trick or Treating.

Both Allegheny Village and The Haven at North Hill in Pittsburgh had their annual Halloween parties last weekend for residents, family and staff complete with crafting, costumes, live entertainment and trick or treating for the grandchildren.

Out West at Summerfield Estates in Tigard, Oregon, LED Anthony Nosen has had all kinds of tricks and treats up his sleeve this month, including:

Down South at The Landing at Behrman Place in New Orleans, they won’t let construction in their kitchen keep them from having their Halloween fun. According to LED Stacy Harrison, residents are still carving pumpkins, playing Ghostbusters Bean Bag Baseball and “Boo 3 Strikes You’re Out” (ghost piñata), and kicking back with root beer floats.

Meanwhile, at The Carriage House in nearby Lake Charles, Louisiana, LED MerryBeth Grant will not only be organizing games, pumpkin decorating and a costume contest for both residents and employees, she’ll also present their Pet Costume Parade.

“Residents look forward to this annual tradition of seeing all the pets in their costumes,” says MerryBeth. “Our pastry chef even makes doggie bone cookies for the pets.”

While everybody is a winner at the Pet Costume Parade, the competition gets pretty intense at Fountain Crest in Lehigh Acres, Florida. Every Halloween, they have a traditional Pumpkin Decorating/Carving Contest between the residents and the staff. The staff breaks into departments and become very competitive with each other. Many of the residents enjoy the spirited competition too.

“I bought trophies so the winners could have bragging rights,” said Fountain Crest LED Debbie Whiteaker. “Last year’s winners will need to give up their trophy if they don’t win again.”

Winners will be announced at the annual Halloween Party on October 31, where they’ll enjoy refreshments, music, games and prizes.

“Residents say they can’t wait to see what everyone has done,” says Debbie. “Seems like every year the competition gets better and better. I love to see all of the creative costumes.”

Last but certainly not least, at The Continental in Austin, Texas, LED Olga Rosalez has put together more than a fortnight of Halloween Happiness, including:

Of course, it’s all in good fun and a great way to help residents continue to feel young at heart. And the best part is, come November 1, we can bury all of those zombies, demons, goblins, witches and skeletons in our basements and not worry about them anymore. Until next year.