Looking Back at Butch Cassidy, Early Aviation and the First 747 with Larry Cheskaty, 90

Looking Back at Butch Cassidy, Early Aviation and the First 747 with Larry Cheskaty, 90 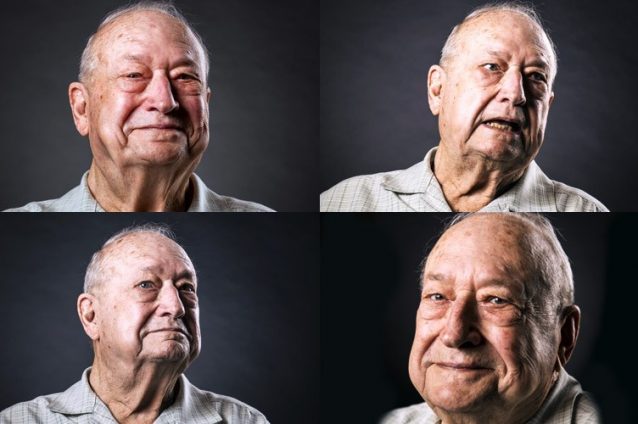 Q: What was your childhood like?
A: I grew up… in Western Colorado — Grand Junction, Colorado. On a farm and it was during the Depression. Like all the other kids I knew, I was raised in a country atmosphere and went to a country school.

After the service, I went to Hanksville, Utah, and started a one–room schoolhouse there. Eventually the Denver Airport [near Hanksville] was commissioned. Because there were no airplanes that were pressurized, Hanksville was designated as an emergency landing field. After WWII, I got into aviation, and started working for the FAA.

Q: Where did you meet your wife?
A: I met her on leave in Grand Junction. She was a nurse at St. Joseph’s Hospital; she graduated as a nurse.

Q: Did you have children?
A: We had three children — one boy and two girls. We have three grandchildren and three great grandchildren — they are all in La Mesa except for one, who lives in Portland, Oregon. My wife Julia passed away in March, two days past her 93rd birthday and 8 days before what would have been our 69-year anniversary.

Q: What’s has been most important to you in your life, in addition to your family?
A: I’ve always been interested in history. Julia’s family were Dutch immigrants, Mormon converts, and they were raised in part of Canyonlands — it was very wild and primitive then. She was one of 12 kids, and one of the boys married a girl whose father moved into the Robber’s Roost after Butch Cassidy was rousted. He basically squatted there. There was so much history that interested me. So I would visit, but I really wanted to live there. It was an education for sure.

I was interested in all the Butch Cassidy stuff — folklore and fact. When Julia’s grandfather Charlie Gibbons was alive, Butch worked for him before he went into his nefarious ways. Many of the old timers knew Butch. We got the straight stories, where as now you get lots of fluff and baloney. According to them, Butch was a kid who didn’t like farming or cattle ranching and saw better things and went after them. As far as anyone knew, Butch never killed anyone.

We were there two years, and then I was called to Los Angeles and started working for the FAA and stayed till 1948, when we moved to San Diego. We always had a huge family reunion there for many years, up until about two years ago. There was always a mob of us, 200 easy. Now most are deceased.

Q: Has your life turned out the way you thought it would?
A: I always had an interest in aviation; my dad was a railroad man, and I thought I might do that, but there were problems with that union. But once I got interested in aviation, that has always been it.

Q: What kind of parents were you?
A: We tried to instill ethics and responsibility and honesty in our kids. In my youth, my family was quite important to me and the others around us. I found that the kids of the Depression were generally well-behaved and well-mannered, so we wanted our kids to be the same. They were able to pursue their fun, but they were taught to respect their elders and others. To be good citizens, and they have been. All of my children have been very successful.

Q: Did you have what you consider a successful life?
A: Absolutely, I have no regrets, there are things I wish we could have done, but I don’t dwell on that. I had a great working career, a very talented and beautiful wife and three very nice kids. So I felt very fulfilled with that.

Q: Do you have any hobbies?
A: I like photography and travel, and history is a big interest. And I follow the news. I do worry about where we’re going, we are all concerned about where the country is going, with all the problems we are facing. In our discussions, people I talk to here are concerned.

Q: What worries you most?
A: The complete disregard for the Constitution, and the corruption — the country fought in the greatest war in history and we have squandered that. The values we held in our youth are out the window now. Our last president that followed the constitution was Ronald Regan.

Q: What did you like about President Regan?
A: He was honest. He gave it to you like it was and he had a great character. He was skilled in negotiating and he was admired by most the governments around the world. He was not the perfect man, but certainly the best we had for a long time. He tried to protect our country and our long-term goals.

Of course, I’m a bit biased. PATCO [Professional Air Traffic Controllers Organization] was a vicious union and as an [FAA] administrator we had constant contact with the air traffic controllers. Regan’s first day in office, he fired 13,000 controllers for defying the Federal order to go back to work. I know a lot of them knew that defying that order was the biggest mistake in their lives. It was a great thing.

Q: Are their other important world events that have stuck with you?
A: I think back to Regan, he destroyed the Soviet Union and did it without firing a shot. The fact that his successors will never pay off the national debt — 19 trillion and growing — irks me. The country is in terrible shape and it will take a long time to work it out. And the current move toward legalizing marijuana. Don’t get me started.

And when the beautiful people discovered Colorado after WWII, they came and converted us all to their style. That rankled me.

Q: What do you do to pass the time now?
A: My son chairs a group of private schools here [in La Mesa], and we work on projects together. My daughter is in Carlsbad, and I see her twice a week. The grandkids are all very helpful and attentive. I’m sort of the the cool old coot they take care of.

Q: What was the happiest moment of your life?
A: When my wife said “I do.”

Q: The saddest?
A: When we lost our parents. We were very close to them, to my dad and mother, and hers too. It’s not pleasant. It’s such an emotional thing that arises in that situation. The loss of people you are fond of is really hard.

Q: What would you say is the best thing about getting older?
A: Of course, looking back over the years and seeing the kids doing well. There’s a certain pride in our kids, I’m sure shared by many others. Their accomplishments, they are all successful and standing in their environments. I feel we did a good job, I’m quite satisfied with the way my kids’ and my life turned out.

Q: And what would you say is the worst part of getting older?
A: Well, you know that your days are numbered and you wonder about the future, but you also realize that it’s just the normal process of living. The question is to make the most of the time you have left. And I feel I’m doing that.

Q: Can you point to one event or occurrence that really shaped your life?
A: Well, I think about the people who were a great help to me; they were there and I had to good sense to pay attention to what they said and did and take advantage of it. There were opportunities given to me that I would not have had if my attitude was different. People tended to go out of their way to help me in my career — and I was always eager to learn. I always say that learning when to keep your mouth shut is an important lesson.

Q: How do you know?
A: Instinct, common sense, if you are with someone who has a reputation among your peers, you better listen. I’ve seen know-it-alls, the guys who know it all and don’t know anything. I suppose you keep your mouth shut and listen what the guys’ telling you

The aviation period was really quite primitive when I got started in it, so I had the pleasure of seeing it grow. I can recall standing at LAX and seeing the first 747 leaving that airport. What an astounding feat that was — to see that huge airplane with all those people on board, and I knew all that went into accomplishing that, it was right on the threshold of the golden age of aviation.

Q: Did you travel?
A: My favorite trip was traveling through the national parks in the Western US; the kids all got indoctrinated, so that was pretty much it. We made several cross-country trips, and saw all our national treasures, all unique in their history and great learning sources for the kids and for us, too.

To read more stories like Larry’s, visit www.TheseEyesHaveSeen.com, or check back for our weekly resident interviews in the Sunshine Stories Blog.