Mishawaka Senior Home Tips: The Stages of Alzheimer's - What to Expect

Recognizing Cognitive Decline in Your Friend or Family Member 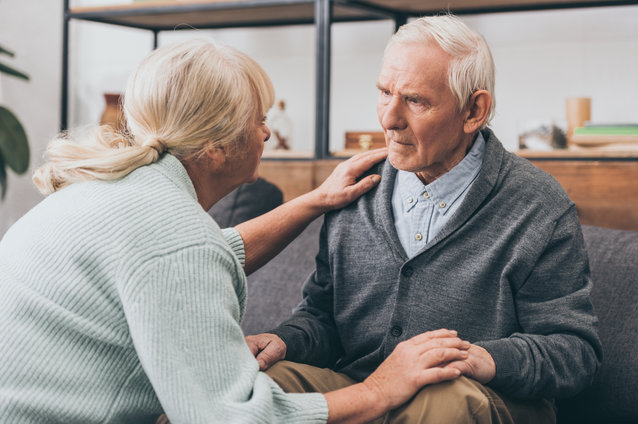 Alzheimer’s disease is the leading cause of dementia, affecting 5.7 million Americans today and as many as 14 million by 2050. The onset of Alzheimer’s disease is gradual, making it difficult to differentiate between the normal aging process and the disease process. We hope this information helps you monitor your loved one, work closely with his or her primary care provider, and ensure safety and enrichment despite cognitive changes.

Alzheimer’s disease is generally broken into three stages: mild (early), moderate, and severe (late). During the early stages of Alzheimer’s, symptoms are subtle: perhaps your loved one will demonstrate forgetfulness, asking the same question multiple times, or repeating the same story. He or she might begin losing things more often and might take longer to complete activities of daily living, like dressing, brushing their teeth, and bathing. Other common symptoms of early-stage Alzheimer’s include poor judgment (and subsequently questionable decision-making), difficulty paying bills, wandering, getting lost, anxiety, aggression, and mood changes. If you suspect your loved one may be developing Alzheimer’s disease, consult with his or her primary care provider as early as possible. Medications and lifestyle changes can help slow progression and keep your loved one safe and engaged during this stage.

When your loved one begins to exhibit the signs of moderate Alzheimer’s, supervision and daily assistance become more necessary. It is during early and moderate Alzheimer’s that most residents enter memory care communities like Heritage Point, where their surroundings are safe and activities are customized for their needs. Signs of Alzheimer’s during this stage include:

You may also begin to see some repetitive movements and muscle twitches during moderate Alzheimer’s. If you believe your loved one has entered the moderate stage of Alzheimer’s, consult with their primary care provider to ensure you have the resources you need to support their daily safety and enrichment. Many family members seek help from Heritage Point when 24/7 supervision becomes necessary. Remember, you need time to grieve. The progression of Alzheimer’s disease can cause tremendous pain and loss for those affected, so self-care is critical during this stage.

During the final stage of Alzheimer’s disease, the body begins to shut down. Your loved one will most likely become totally dependent on others; that is, somebody will need to perform activities of daily living for them. During this stage, the ability to communicate is lost; decreased appetite and difficulty swallowing lead to unintentional weight loss, and control of the bowel and bladder is lost. Because of these changes, your loved one is at increased risk of other problems like pneumonia, urinary tract infections, and skin sores.

To learn more about the progression of Alzheimer’s disease or explore Mishawaka senior homes, visit us at Heritage Point today. We’re here for you!