Mr. & Mrs. Michael Williams – Another Match Made in Sunshine

Mr. & Mrs. Michael Williams – Another Match Made in Sunshine 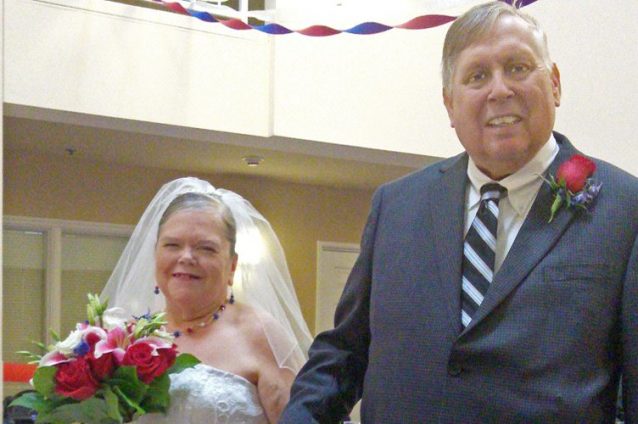 Forget eHarmony, SeniorMatch.com, and OurTime.com. Year after year, it becomes more evident that there’s no better site for a senior to find a lasting personal connection than a community of Sunshine Retirement Living.

In our 10-year history, countless residents have found loving companionship after meeting at Sunshine. And no less than a dozen couples have officially tied the knot. The latest to join that special group are Michael and Louise (Bowen) Williams, who chose to have their ceremony and reception at Dunwoody Pines, Sunshine’s community in Dunwoody, Georgia, on Saturday, November 11. Amazingly, it was the first marriage for both of them.

Louise, 64, was born in Pennsylvania and moved south to attend Florida State University. After graduating, she worked as a librarian and media assistant in southern Georgia and spent much of her time taking care of her father. Later, she moved to Atlanta for cancer treatment, which led her to retirement living. She chose Dunwoody Pines for its open spaces, variety of activities, and warm, friendly atmosphere, not to mention easy access to her doctor’s office.

Michael, now 71, grew up in St. Louis and graduated from Oglethorpe University in Atlanta with a degree in History. After breaking up with his college sweetheart, he never found the right person to marry throughout his career as a teacher. After his mother died, he wanted to be around people his own age and chose Dunwoody Pines on the recommendation of his financial advisor, whose father lived there.

“Since Louise and I both studied History in college and enjoyed card games, we inevitably found ourselves watching Jeopardy and playing bridge together,” said Michael.

Many opportunities to mingle

Once Louise made it through her cancer treatment, staff members and fellow residents noticed that the two were a good match and they dropped a few hints. Before too long, they were getting better acquainted on group outings to places like Pine Mountain Animal Safari and the Georgia Governor’s mansion, where they both met the Governor’s wife.

Shortly thereafter, Louise invited Michael to go to a Crafts show together and he reciprocated by inviting her out for an Italian dinner. That Italian restaurant has since become their favorite place to canoodle, so to speak, and the staff there has treated them as if they were already married ever since.

“I actually turned him down the first time he popped the question, because I wasn’t ready,” said Louise.

But six months later, on Valentine’s Day 2017, they were chosen King and Queen of the Dunwoody Pines Sweetheart Ball, and Michael began wondering if it might be time to ask again.

“He took me outside on a beautiful day and we sat on a bench surrounded by flowers,” said Louise. “It was very romantic.”

This time, she said yes and after they both shed a few tears, Michael gave her his college class ring to seal the deal, until he could purchase an appropriate engagement ring at the store.

For the wedding, Dunwoody Pines Activity Director, Ashley Hurd spearheaded the decorating of the dining area and lined up one of the residents to sing. The couple walked in with traditional classical music and rocked their way out with an Elvis Presley tune. 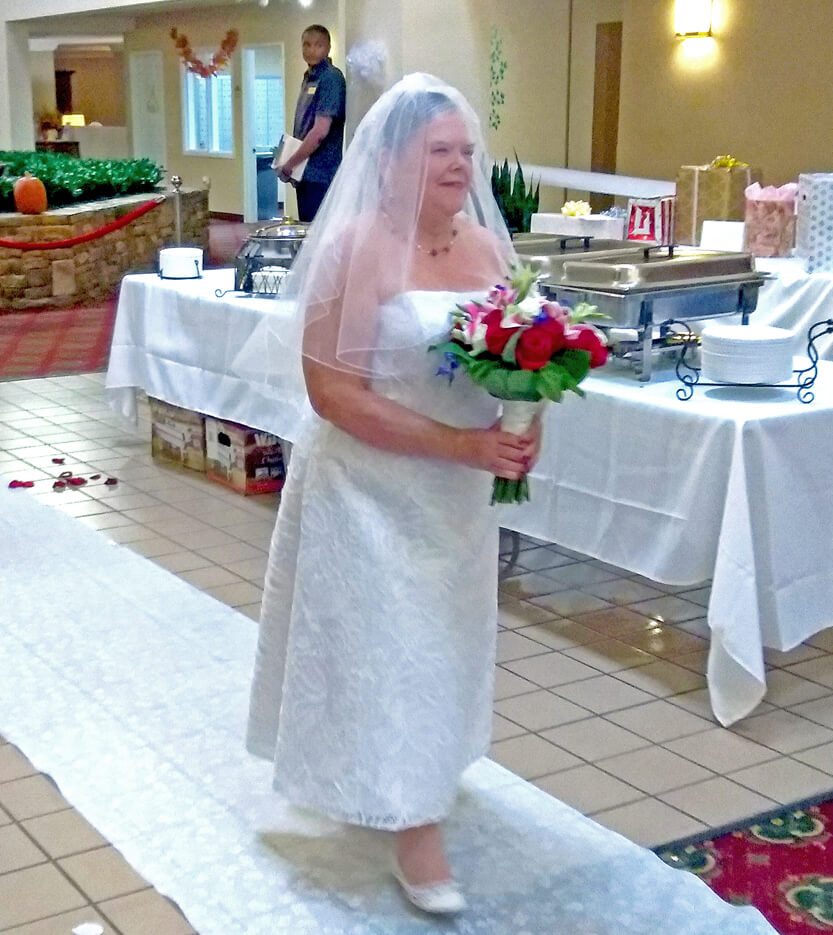 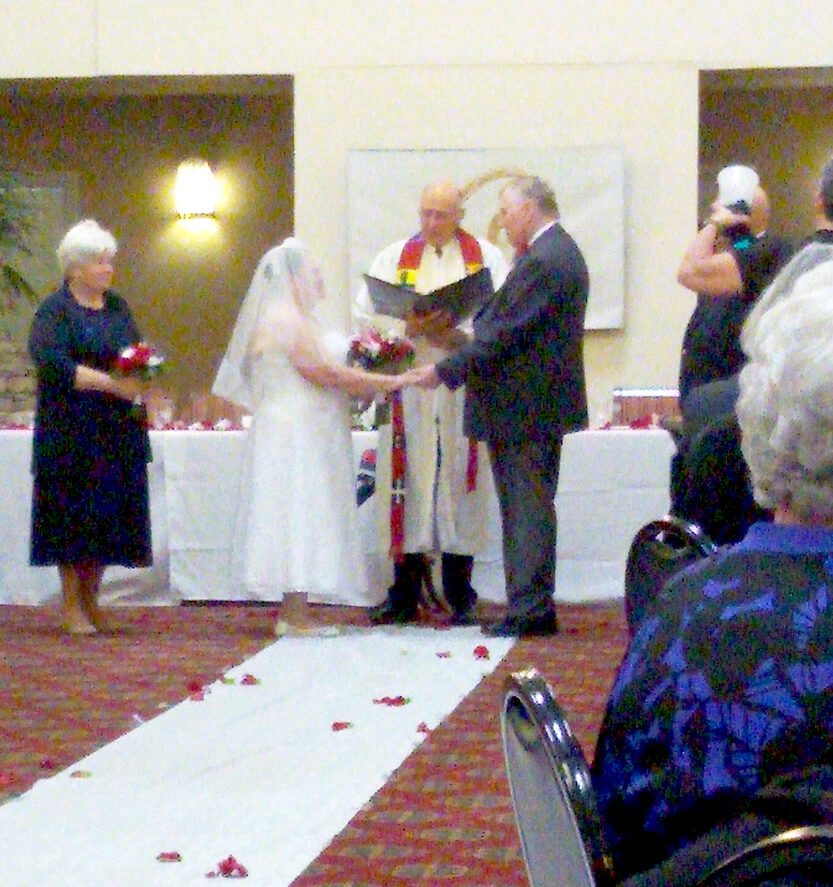 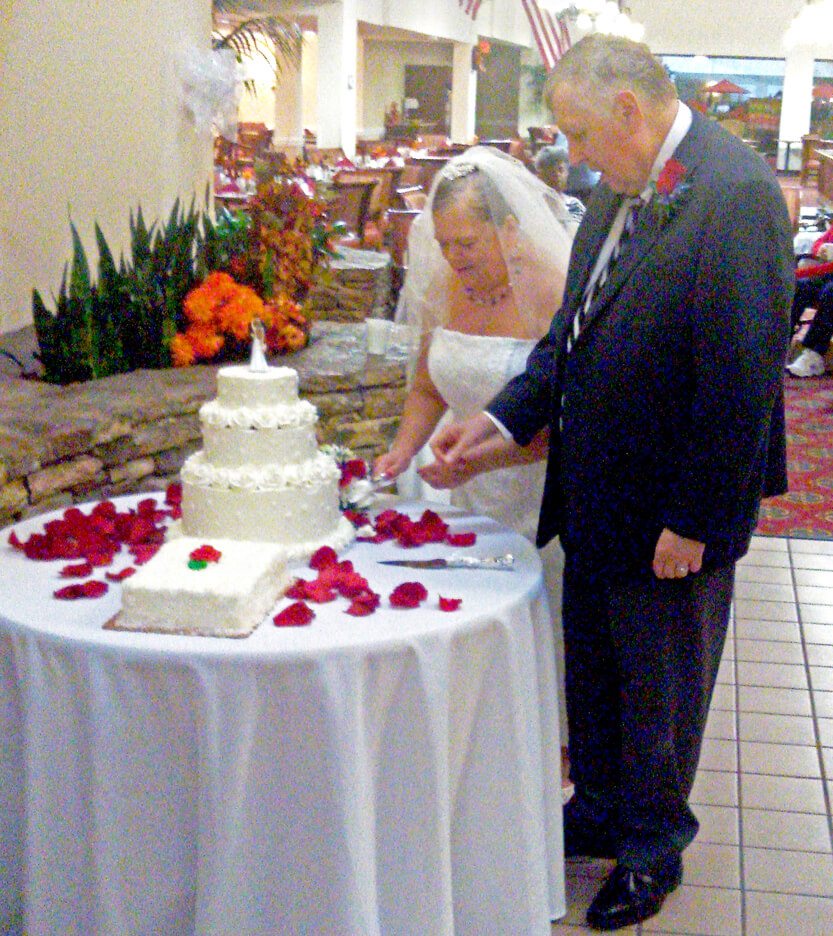 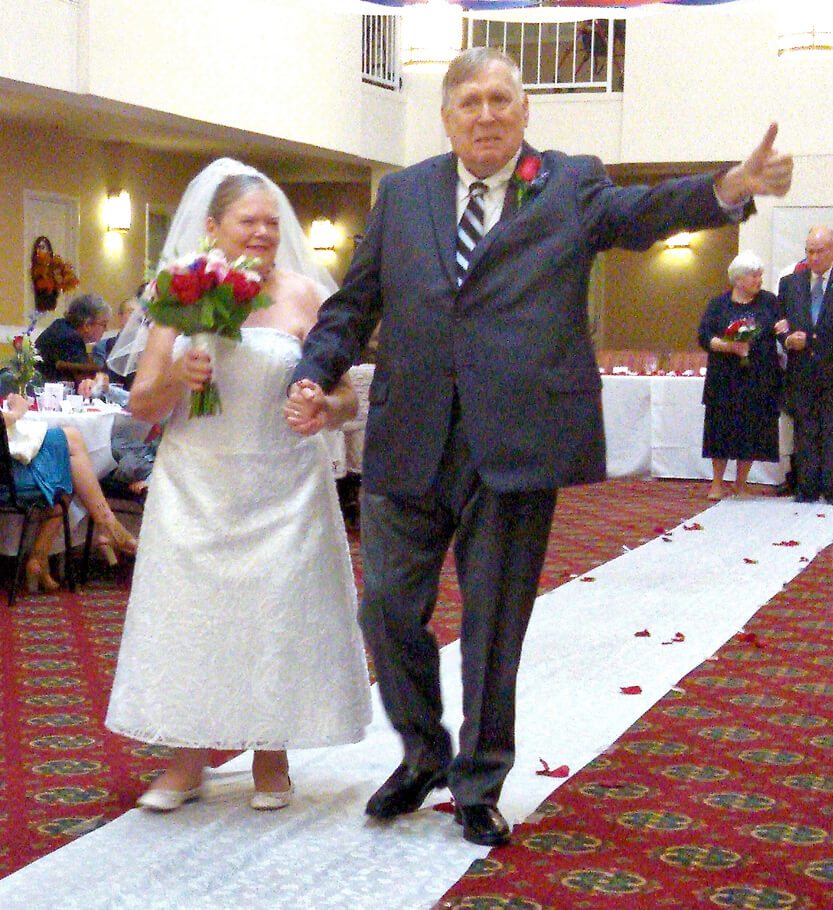 After a relaxing road trip to Georgia’s Gold Country for their honeymoon, the couple returned to Dunwoody Pines and conveniently settled together into Michael’s two-bedroom apartment.

“I never dreamed I’d find the love of my life in a retirement community,” said Michael. “Once we started holding hands at meals and other events, our friends would joke around and say, ‘get a room.’ So we did.”