Norma by the Numbers

Norma by the Numbers 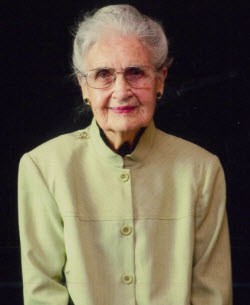 Norma Vuckan has accumulated some astounding statistics throughout her life.

Norma was born in Pittsburg, Pennsylvania Friday, December, 13th in 1918. Her father was a gun collector and one of his pastimes was taxidermy. Norma has several pictures of herself with her father’s guns and some pictures of her, with his “artwork.” Norma went to 6 different schools before college. She graduated from high school at the age of 16 and went to Shenandoah College and studied business for 2 years.
In college she met George. He double majored in English and Social Science and was a scholarship football player, who also acted in the school’s plays. After 4 years of dating, George said to Norma, “let’s get married.” George said that he could not promise her any wealth, but did promise that she would never be bored. In December of 1941 before Norma headed out to the courthouse, she casually said to her mother “by the way, George and I are getting married today.”

George was the eldest of 7 siblings and was also from Pittsburg. By the time George was 16 years old he had been in every state. Norma realized early on that she had married a gypsy. Shortly after they were married, George went into the Air Force as a Navigation Cadet and that moved Norma and George around to several different places. Altogether Norma has lived in 34 different homes and in 10 different states plus D.C. Every place they moved they met interesting people, from all different backgrounds, and Norma still keeps in touch with many of them to this day. Multiple times, between the various moves, they went back to live in their home town of Pittsburg or went to school at Chapel Hill College in North Carolina.

Because they moved so often, Norma has held 19 different jobs, most of them being secretary positions. In 1951 Norma and George slowed down a little and moved to Sunnyvale, California. They purchased a house in 1957. Norma worked at Lockheed for 18 years while George taught in Sunnyvale for 18 years. They lived in Sunnyvale together for 44 years and before that, George and Norma had been bouncing around from state to state, never staying in one place very long. Their longest residence was in Detroit where they lived for a 1 year and 1 month.

When they retired they must have gotten antsy because they started to travel all around the US again. Norma and George loved to travel. Norma has visited 85 countries and been on 20 cruises. Norma can not pick a favorite place because she says they were all so different and each trip very special.

When Norma and George decided to downsize from their home in Sunnyvale, they had planned to go back to Pittsburg where many of their family members lived. They realized, howeve that they had set some solid roots in the bay area and they couldn’t leave their family and friends here.
Norma has lived happily at Villa Serena for 12 years, which is the second longest time she has been settled in one place for in her entire life. She is currently our dedicated and much appreciated librarian. Norma is known for her love of words. At lunch she passes out a ‘word of the day’ for residents to test themselves to try and make smaller words out of daily word. Norma is always smiling and loves a good riddle if you dare to challenge her with one. Norma enjoys thinking about all of her trips and all of the wonderful people she has met along her journey. Norma has said she has had a very good life and she does not regret anything. 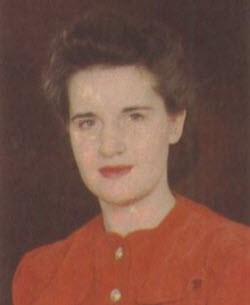