Sunshine Residents March To The Beat Of Their Own Drumming

Sunshine Residents March To The Beat Of Their Own Drumming 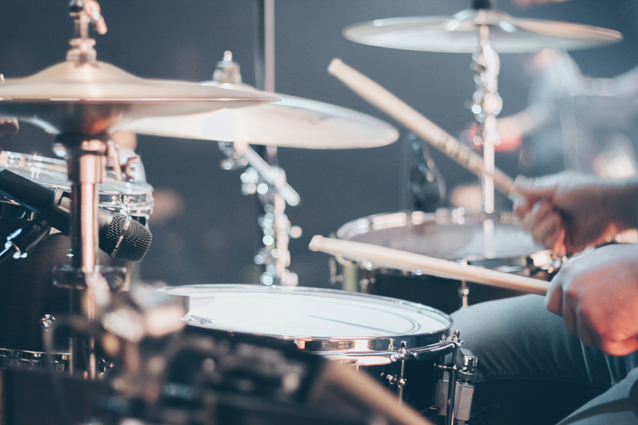 After spending the last two weeks focusing on the signs and symptoms of dementia as well as what to look for in a Memory Care facility, we decided it was time to share what one of Sunshine’s communities is doing to help residents overcome their memory difficulties.

Studies show that music can have a powerful effect on people suffering from dementia and Alzheimer’s disease, even those with advanced stages of the disease.

“There are certain areas of the brain that are still relatively intact even as a progressive disease like Alzheimer’s takes effect,” says Suzanne Hanser, PhD, department chair of music therapy at Berklee College of Music in Boston and former program director of San Francisco’s Alzheimer’s Association.

“In particular, the limbic system, and specifically, the hippocampus, which retains long-term memory and has retained emotional impact. Music triggers these long-term memories. So we see people who have not spoken in years begin to sing songs that they knew in their early teens and early adulthood.”

That is why music therapy has become an important element of treatment at most Memory Care facilities. It has proven to:

But at the Clairmont, one of Sunshine’s communities in Austin, Texas, Life Enhancement Director Tina Bertelle has taken music therapy to a whole new level with what she calls “Drumstick Fitness.”

“I came up with the Drumstick Fitness idea in 1997 working with early-, mid- and late-stage Alzheimer’s patients,” said Tina. “I slowly began incorporating drumming into the Clairmont with seated exercises and getting residents in the habit of marching with their feet while their hands are doing different things. This causes the brain to literally rethink and learn new things no matter if your 9 or 99!”

Cardio drumming classes, like Drumstick Fitness, Drums Alive and Pound have been around for a few years. But the benefits you receive when you take this type of class are so much greater than those of your average aerobics class. In addition to being a cardio workout, here’s why drumming is so good for you:

Many Clairmont residents definitely concur about the happiness aspect.

“I like it a lot!” says Ann Hogarth. “It’s a really physically fun session. Before you know it, you’ve worked out your whole body.”

Betty McSpadden enjoys the challenge. “It’s difficult and it makes me think as well as proud when I get the rhythm right,” she says.

Resident Betty Ford agrees. “I’ve tried it and I love the way it’s totally different from anything I’d ever thought of trying.” Her experience convinced her best friend to try and see how fun it can be, which is exactly what Tina Bertelle loves to here.

“I’ve added a biweekly Drumming for Beginners intro class and Weekly Fitness to really make what they learn resonate deep in their soul,” said Tina. “Drumming has a proven Healing Frequency. It’s a powerful teaching tool we can all learn and use throughout Sunshine!”

All in all, it sounds like Drum Fitness is a form of therapy that, well, just can’t be beat.