Sunshine Salutes Its Veterans From Sea to Shining Sea

Sunshine Salutes Its Veterans From Sea to Shining Sea 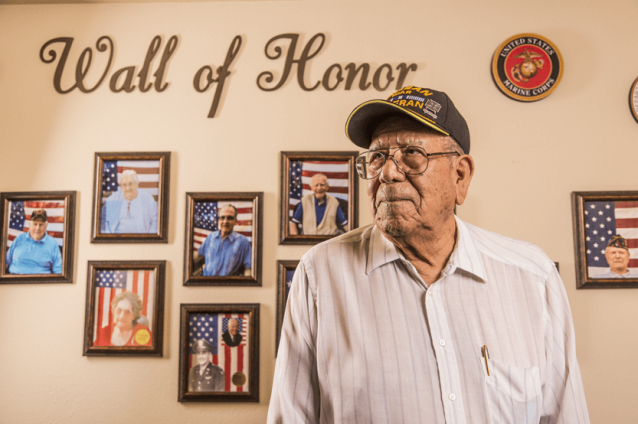 Sunshine Retirement Communities are home to numerous military veterans who will be receiving special recognition for Veteran’s Day next week. Some of them may even remember when the holiday was known as Armistice Day.

In case you haven’t been keeping up on your Veteran’s Day history, it’s worth knowing that it originated as Armistice Day almost 100 years ago when Americans celebrated the first anniversary of the end of World War I on November 11, 1919. Congress passed a resolution in 1926 to have an annual observance “dedicated to the cause of world peace,” and November 11 officially became a national holiday beginning in 1938.

At the end of the Korean War, it was decided that the holiday should honor all veterans. So the name “Veteran’s Day” was adopted in 1954 and November 11 has been celebrated with memorial ceremonies, parades and salutes at military cemeteries ever since.

Here’s how several of Sunshine Retirement Communities will join in the festivities:

We deeply appreciate the years of service given by our veterans and treasure having them as residents.