Extra credit. Sunshine seniors flock to study up on science

Extra credit. Sunshine seniors flock to study up on science 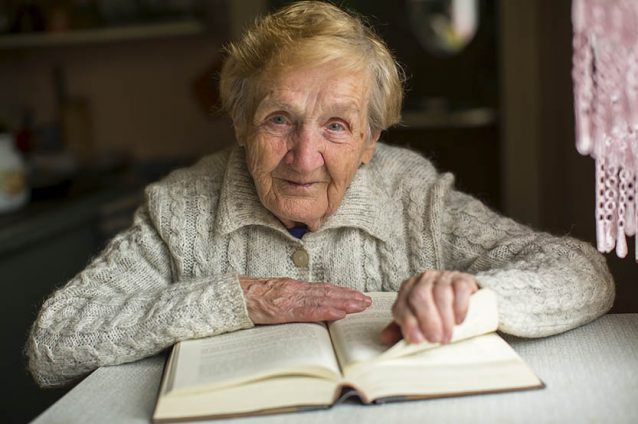 Albert Einstein once said, “Science is a wonderful thing as long as one doesn’t have to earn one’s living at it.”

Considering that residents at Sunshine Retirement Living communities already happen to be retired, it should come as no surprise that many of them have been discovering the wonders of science on a regular basis.

Ashley Hurd, Activity Director at Dunwoody Pines, puts on “Science Club” classes each month, usually on a Friday. So far, she has taught the residents how to make elephant toothpaste (a big concoction of steaming foam), ice cream in a plastic bag, and lava lamps in a plastic bottle with water, oil and Alka-Seltzer. They even put on a Senior Science Fair with many different experiments going on at various tables all at once.

“The Science Club was formed as a spin-off of our Art Club.” says Hurd. “Surprisingly, the majority that come are women, but we do have a few men as well. Everyone seems excited for our Science Club next month, because we will be making Slime!”

A few other activity directors have replicated Ashley’s classes and she is happy to share ideas for experiments and demonstrations. Meanwhile, Lauren Dubay, Sunshine’s Wellness Director, is about to replicate her favorite scientific spectacle at Villa Serena in Santa Clara, California.

“Every year in June I do a Watermelon Experiment,” says Dubay. “It’s not very science-y from a chemical reaction standpoint. But I do dress in a lab coat and safety goggles. I’ll be doing it on the outdoor patio on Thursday, June 29 at 1:15 pm.”

The Watermelon Experiment is not only a nail-biter for Sunshine residents, it has become somewhat of a sensation on the internet, as well as on video at various museums around the world.

Basically, the experiment consists of two people placing a large number of rubber bands around a full-size watermelon one at a time. For the first several minutes, the rubber bands appear to have no effect. But eventually, the watermelon starts to look like an “8” instead of a “0” and an explosion appears to be imminent.

The questions that arise are, will it actually explode or just start to leak? Plus, how many rubber bands and how many minutes will it take for something to happen?

“Before we begin, I survey the crowd and write down their predictions of how many rubber bands they think it will take to burst the melon,” says Dubay. “Some years it takes 20 minutes to burst, others almost an hour.

“We usually get into a pretty good rhythm of putting the rubber bands on, so the crowd can count them off in unison. Then I typically ask if anyone would like to volunteer to put on the last few bands. Having some audience participation definitely creates a little more intrigue and suspense.”

The end result never disappoints nor fails to surprise. But perhaps the best part of the experiment for everyone involved is the aftermath.

“We serve watermelon smoothies and snacks,” says Dubay. “After that, we do a scavenger hunt to try to find the rubber bands that got flung all over the yard. Some even end up in my hair or in the duck pond!”

At Sunshine, we’re having fun doing our part to change the latter part of that statement.