Attack of the Robocallers! (Part 1)

Telephone scammers have got your number. Here’s how to fend them off. 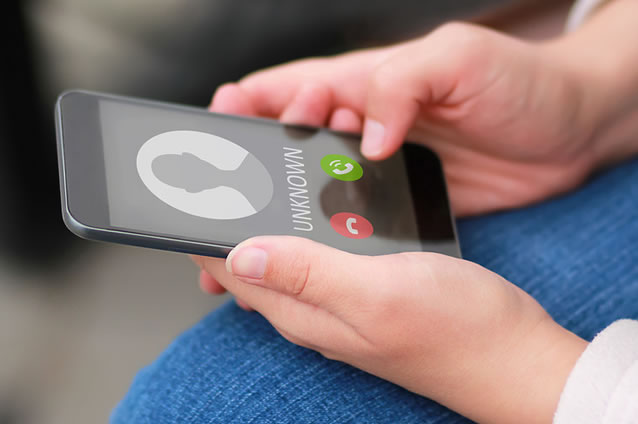 Did you ever sit through one of those “B” movies in the 1950s or ‘60s, where a futuristic space hero was being attacked by evil robots? You probably left the drive-in thankful that you’d never have to deal with something so menacing and relentless in your lifetime.

Well, guess what. Those evil robots – or at least some of their close relatives – are already here on our planet. And they’re targeting unsuspecting seniors each and every day.

What spam is to email, a “robocall” is to a telecommunications device, such as your landline or mobile phone. There is usually no real human involved, only an automated, pre-recorded message sent via computer. Hence the term “robocall.” And not surprisingly, with many seniors being somewhat technologically challenged, and maybe not as skeptical of scam artists, they are often more vulnerable to robocall tactics. In Part 1 of our look at robocalls, we’ll explore those tactics and the consequences of being sucked in by them.

Robocalls, also known as “voice broadcasting,” generally contact you with the intention of stealing something from you, such as, your credit card or bank account information, your identity, or anything else of value through dishonest means. While the practice is Illegal, it is virtually unstoppable. The best you can do is be aware of their methods and not get sucked in to their nasty traps. You can read more about the legislation that addresses robocalling and the scams they attempt to pull off in The Telephone Consumer Protection Act of 1991 (TCPA).

When you answer the call, the autodialer either connects the call to a live person or plays a prerecorded message. Some robocalls use personalized audio messages to simulate an actual personal phone call. You may even join in the conversation thinking that you’re speaking to a live person.

With some exceptions (political messages, flight delays, etc.), the TCPA prohibits robocalls to both traditional landline and mobile numbers without prior written consent. Despite the restrictions, the volume of illegal automated calls has continued to grow, having reached an estimated 27 billion in 2018.

“It’s astonishing how many robocalls were made nationwide in 2018,” said YouMail CEO Alex Quilici. “We’re now talking about 150 or more robocalls for every adult in the U.S. over the course of the year, and many of these robocallers are unwanted scammers trying to trick people out of their money or personal data.”

How effective is Caller ID?

Most of us rely on Caller ID to help screen our calls. Unfortunately, it’s not a very effective measure against robocalls any more. These days, scammers use Voice over Internet Protocol (VoIP) technology to hide their actual number and location. VoIP calls are almost free, which is why they can do this 24/7, and why you can’t trust your Caller ID to flag suspicious numbers.

Scammers know that Caller ID is very easy to spoof, so that no matter where in the world they are located, they can make it appear as if it comes from your same local area code, complete with a familiar first three digits of your own contact number. Seeing a somewhat familiar number makes it much more likely that you’ll accept the call thinking it’s from a friend or a trusted local business

The main types of robocall scams.

Whether the intrusion starts out as just an annoying robocall pitch, or succeeds in its ploy to pass you on to a live scammer, you’re likely to encounter a variety of typical robocall-initiated scams, such as:

Tech support scams. You answer the phone and immediately hear a distressing message, pressuring you to act fast: “Hello, we are calling from Windows and your computer looks like it is infected. Our Microsoft Certified Technician can fix it for you.”

Of course, you don’t want an infected computer. But if you fall for it and get connected to a remote technician, he may sell you phony security software at a cost of hundreds of dollars in order to “clean up” your alleged problem. Or worse yet, he might persuade you to give him remote control of your computer, which will allow him to plant malware to ferret out and steal valuable data (social security number, credit card information, bank accounts, etc.) from you. Among the nasty downloads that malware can plant on your computer are those that:

Charity requests. If you’re like most seniors, you’re compassionate and eager to help those in need. So of course, you’d be open to contributing to wipe out world hunger. To cure cancer. Or to save the endangered snipes and obsolete robots. (Well, maybe not the robots.) Such robocalls prey on trusting souls, and count on them to take the bait and make a pledge by credit card. Whether your credit card payment actually does go to a worthy cause is anyone’s guess. But chances are, your account information will go to several causes that aren’t.

Bogus Surveys. These scams can come at you via telephone, text-message or email —asking you to answer questions or give your opinion about a product or service you have used. They may even claim that there’s an incentive, such as a gift card, for your participation. But more often than not, they end with pitches for dubious products or services. Questions may also focus on the bank or financial institution you use, whether you are happy with their service, and if you would consider changing banks. And as part of the survey, they might ask for your bank account number so that they can provide a “competitive comparison” with the fake bank they represent. They may even request your banking and credit card information, because it is “necessary” to claim your supposed reward.

Banks, FBI, police, the IRS, and other institutions of authority. This will be another call that tries to alarm you about a serious situation in an attempt to derail your common sense. The script usually revolves around an alleged wrongdoing that you have committed involving the government or law enforcement, with the threat of imminent fines or arrest. Even though you may be totally innocent, your human nature will want to react, defend yourself and do anything to clear your name. And that’s when the scammers get you trapped in their web of lies.

Stranded grandchildren. This is a particularly cruel form of social engineering that targets seniors. The caller claims to be a grandchild calling from jail (hence the unfamiliar phone number), and seeks to first fluster you, and then ask for bail money, to be sent via a cash transfer service.

One-ring scam. In this scenario, the robocall places a call to you and then hangs up after a single ring. The assumption is that you’ll wonder who the missed call is from and be curious enough to call back. And chances are, you’ll be connected to a pricey international call, which you end up paying to the scam artist.

The all-expense paid vacation. Perhaps the oldest trick in the book, but one that still works, is the lovely robotic voice congratulating you on winning an “expense-free” vacation or cruise. All you have to do is verify who you are with your social security number and/or provide a credit card to cover a small processing fee and incidentals.

If you have a landline, the ultimate insult in almost all of these scenarios is that not answering the call will send it to your voicemail, where the incoming message often becomes an annoying fast-paced beep or buzzer that goes on endlessly until your voicemail box is full. One way to prevent the beeping voicemail is to accept the call, but don’t say anything. Just hang up.

Want more ways to defend yourself against robocall attacks? Stay tuned. We’ll share ways to strike back in just a few days.

This blog was first published here: Sunshine Retirement Living, August, 2019. Some content was provided by malawarebytes.com, prnewsire.com and washingtonpost.com.