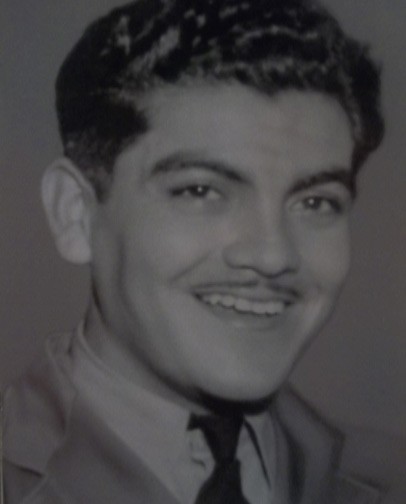 Sam Casarez an Austin, Texas native was born on May 7, 1923. His family worked at the Pannell Dairy Farms while Sam attended elementary schools. Sam’s father died at a young age leaving a wife and five children, which ultimately lead to Sam working full time at the Dairy Farm. He also labored as a truck driver and deliveryman for an Austin area lumber company, and cleaned rugs at a Laundromat.

At the age of 19, Sam decided to join the Merchant Marines. His oldest brother had died while serving in the Army Air Corps and his other brothers were already in the Army.

After his physical in San Antonio, Texas, Sam was sent to St. Petersburg, Florida. He was trained by the Coast Guard as an Engineer Assistant, where he operated machines in engine rooms. His first mission involved working on a tug boat that transported goods to Cuba, where he was able to bring back sugar.

Later Sam was assigned the most dangerous mission of transporting 128 train-cars loads of ammunition across the rough North Atlantic. In New York they picked up a naval convoy of 68 ships. The Merchant Marine ship was encircled by Navy Ships. The convoy encountered Nazi U- boats and brutal storms. They lost an entire cargo of trucks and trailers. Fortunately, the ammunition remained intact. They finally made it to Le Harve, France after three attempts.

6,000 Merchant Marines died in WWII and they lost 733 ships. 600 men were made prisoners of war. Merchant Marine life was difficult, sleeping in life jackets and bouncing from cargo boats to tankers.
Upon his return from WWII, Sam met Mary Rina, the love of his life for 62 years. They have two sons, Jesse and Sam Jr. and five grandchildren and four great-grandchildren.

After returning to Austin, Sam worked at Capital Linen Service eventually becoming plant manager. He also owned a furniture store. For most of Sam’s life, he was not granted privileges and benefits of Veterans. In 1988, President Reagan recognized the Merchants Marines for their contributions to WWII. At this point, Sam was officially a Veteran. Sam states “The Merchant Marines allowed me to grow in knowledge. Going through the Suez and the Panama Canals were highlights of my service.” Sam has been retired for twenty five years. He was a member of the Knights of Columbus and enjoyed traveling with Mary.

He has lived at The Continental Retirement for two years. Sam enjoys his retirement, family, friends, different activities and the food. 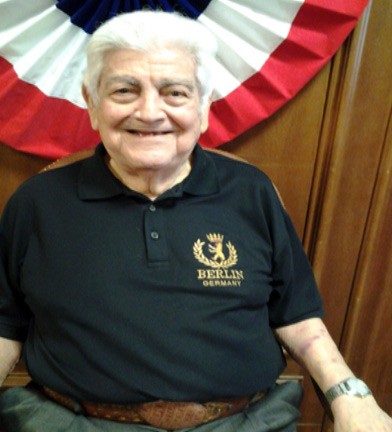 One of the best parts about summer is the abundance of delicious produce! So many of our favorite fruits and vegetables are at peak season right now. Our chef is having a great time putting together delicious, healthy meals with all of our residents' summer favorites!

What is your favorite summer fruit or vegetable?

As we age, resting and getting a good night’s sleep are more important than ever for our bodies and brains. While we sleep, our mind and body rest and rejuvenate after the day, keeping us both mentally and physically fit. Plus, there are many additional benefits that great sleep can bring. ﻿﻿Are you looking to improve your sleep? Keep reading for sleep tips from our communities in California:
ow.ly/UYsw50JJ4bx