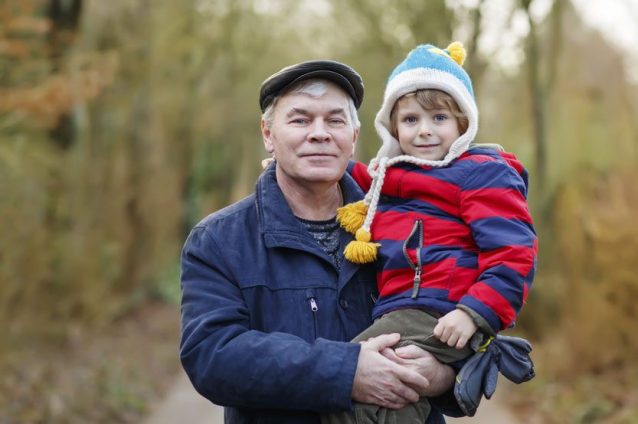 “So help me, I’m gonna stop this car and come back there…” “Eat that! It’ll put hair on your chest…” “You’ll thank me for this someday…”

We interrupt this series of “Dad-isms” to share an interesting bit of fatherly wisdom that we just discovered: Father’s Day isn’t just about the ties Dad gets from the family. It’s about the ties that bind the entire family together and grow stronger and stronger day by day.

An informal survey of a handful of fathers at Sunshine Retirement Living communities revealed that they all have fond memories of family vacations and road trips. They love watching their children mature, have successful careers and raise families of their own. And they treasure every single moment that they get to spend with their children and grandchildren

Richard Shapley, a resident at Creekside Oaks Retirement Community in Folsom, California, remembers quite clearly the day his first child was born. It was supposed to be a boy, but ended being a girl. Yet he was still so excited on the way home from the hospital, he had to get out of the car and dance around.

He and his wife ended up having two more children (a boy and a girl), six grandchildren and four great grandchildren. One of his children lives close by and visits often, while the other two are farther away in California.

Richard was a music teacher throughout his career and shared his love for music with his kids. So naturally, they passed the time on long summer road trips by singing songs.

“When the kids became restless and needed to burn some energy,” he said, “I’d pull off at a local park and let them run around and shoot anything they could with water

The best advice he gave his kids was to do what they enjoy most in life and the money will take care of itself. And that’s definitely been the case for all three.

“Father’s Day is usually a surprise,” says Richard. “But they will probably take me to our secret lake where they have a houseboat and we’ll go fishing.”

And what secret have the kids taught him through the years?

“To listen,” says Richard. “If I didn’t listen to them, we couldn’t understand each other.”

Like Richard, Phillip Nichols, a resident at The Clairmont in Austin, Texas, will probably be taken out to dinner for Father’s Day, but usually prefers the food at his Retirement Community. His daughter and granddaughter live in San Francisco, and his two sons live near him in Plugerville.

“The boys come to see me almost every night except Thursday,” says Phillip. “Thursday is Bingo night at The Clairmont. They don’t mess with Bingo night.”

Much of Phillip’s perspective on fatherhood and life in general undoubtedly stems from watching his own father sacrifice so much to provide a better life for his children. His dad couldn’t afford a car, so he would wake up at 5:00 am to walk to work and walk home as well. To help provide for his father and three younger brothers, Phillip joined the Army when he was only 17.

After getting married and raising a family, he’s very proud of how he responded to the call of duty when his son-in-law passed away while his granddaughter Karmyn was quite young.

“My daughter Belinda needed to work,” says Phillip. “So I made sure Karmyn got to school every day all the way through 6th grade. She felt more like another daughter to me than a granddaughter.”

What was the best advice he gave her as well as to his other children?

Just as important, perhaps, is the valuable lesson Phillip’s children and his late wife Johnnie taught him: to be loving and compassionate regardless of the situation. After being married to Johnnie for more than 60 years, he still misses her dearly and wishes she could be with him for Father’s Day.

Tom Rovello, another resident at The Clairmont, also lost his beloved wife Haley not long ago. His three children and four grandchildren all live nearby in Austin, which should come as no surprise after all of the globetrotting they did throughout Tom’s career. One graduated from school in Chile, one in India, and another in Singapore.

“I’m very proud of my children and thankful too,” says Tom. “They never complained about moving. They merely followed wherever my work took me despite a lot of hardship and sacrifice. That includes living in a jungle where there were no doctors or schools.”

His daughter Jo remembers having to go to the British Embassy in Bangladesh after breaking her knee cap in a softball game. She ended up in a cast for six weeks.

Every Friday, Jo takes Tom out to either The Catfish Parlour or for Mexican food, and Saturday is his usual dinner out with his daughter Mary and her family. Son Tom Rovello, III is busy most nights as a musician, but will surely find time for a Father’s Day visit.

Through all the travels and travails, the best advice Tom gave to his kids was simply, “Stay calm. The problem will look better tomorrow.”

Here’s to better tomorrows and Happy Father’s days to all of the dads at Sunshine Retirement Communities. From our informal survey, they all have advice to offer that’s much more helpful than, “Go ask your mother.”