Tis The Season To Be Wary.
This Christmas, Don’t Let Scam Artists Take The Joy Out Of Your World

Tis The Season To Be Wary.
This Christmas, Don’t Let Scam Artists Take The Joy Out Of Your World 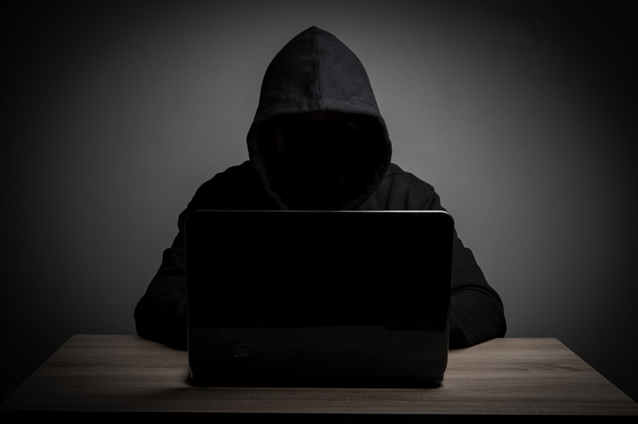 We like to think of the holidays as a time of peace on earth and goodwill toward men and women. But the sad fact is, it’s also the time of year when thieves and scammers are as busy as Santa’s elves, preying upon people when they least expect it, or when they’re simply too busy to keep their guard up.

By now you’ve undoubtedly heard about “porch pirates,” thieves who take advantage of all the cyber shopping before Christmas that leads to an endless stream of valuable packages being left by delivery trucks on front porches everywhere. With many UPS and FedEx drivers delivering well after dark these days, it’s easy for scavengers young and old to sneak on to a front porch and plunder the booty without being seen. Some may even be bold enough to follow the delivery truck down the street from a safe distance and collect treasures they leave behind one after another. It’s gotten so bad, many homeowners have resorted to using Smart Package Lockers at grocery and convenience stores, purchasing expensive porch security cameras, or having packages delivered to their workplace or neighbor’s house instead of their vacant home.

Thankfully, disappearing deliveries aren’t really an issue at retirement communities where packages usually can be received by an attendant inside. But there is another scam known as “Secret Sister” that started sneaking up on seniors via email and social media during the Yuletide season a few years ago and seems to be back with a vengeance this year. So what is it?

Well, the name is a take-off on the Secret Santa gift exchange that many retirement communities participate in at Christmas. You know the drill. You draw a name from a hat and secretly buy that person an inexpensive gift that they open in front of everyone at the community party. The sillier the gift, the better. It’s all pretty innocent and a great source of unwanted novelty items. Secret Sister appears to be just as innocent to most seniors, because it’s based on the concept of chain letters that you sent as a youth. The problem is it could put you in a great deal of trouble. And chances are, you’ll never get to open a single gift.

Here’s how the scam works:

When you were a child or teenager, chain letters often arrived in your mailbox or were jammed through your front door. With Secret Sister, the chain letter lands in your digital mailbox. For seniors, Facebook seems to be the most common avenue because it offers the possibility of being sent pinging all around the globe, and most seniors don’t expect foul play among their Facebook friends and family. The messages can vary wildly, but one of the popular ones reads as follows:

Anyone interested in a Holiday Gift exchange? I don’t care where you live – you are welcome to join. I need 6 (or more) ladies of any age to participate in a secret sister gift exchange. You only have to buy ONE gift valued at $10 or more and send it to one secret sister and you will receive 6-36 in return!

Let me know if you are interested and I will send you the information! Please don’t ask to participate if you are not willing to spend the $10.

TIS THE SEASON! and it’s getting closer. COMMENT if You’re IN and I will send you a private message. Please don’t comment if you are not interested and aren’t willing to send the gift!

It might sound promising to many people reading it, but it really won’t do you much good. Chain letters are essentially pyramid schemes that involve funneling money from the bottom to top of the pyramid, benefiting those at the top and not many others. If you’re there from the get-go, your chances of making a good return increase somewhat. For everyone else, you’ll probably receive the equivalent of a lump of coal. And maybe worse.

Here in the U.S., these schemes tend to resemble gambling. That means you could easily end up breaking the law as stated on the U.S. Postal Inspectors website:

They’re illegal if they request money or other items of value and promise a substantial return to the participants. Chain letters are a form of gambling, and sending them through the mail (or delivering them in person or by computer, but mailing money to participate) violates Title 18, United States Code, Section 1302, the Postal Lottery Statute.

So, not only will you miss out on getting a pile of free gifts, you could be dragged into some sort of dubious postal scam with mail fraud penalties instead. There’s also the risk of identity theft to consider.

Mail fraud scammers typically ask seniors for valuable pieces of personal information. You may end up handing them your name, address, phone number, alongside a variety of online profiles to tie them to. This could be all that an enterprising criminal needs to do some additional damage, especially if they persist in branching out from your profile to those of your friends.

No matter how appealing the prospect of easy free gifts sounds as 2018 slowly draws to a close, don’t fall for it. These types of antics have been around for a long time, and moving into the digital realm makes the consequences much more serious. So, if you want to receive surprise gifts at Christmas, we suggest you stick with Secret Santa at your retirement community. And give Secret Sister nothing more than a Return to Sender.

Stay tuned for our next article on how to avoid phone scams and unwanted solicitation coming in January.

This blog was first published here: Sunshine Retirement Living, December, 2018. Some content was provided by and www.malwarebytes.com.